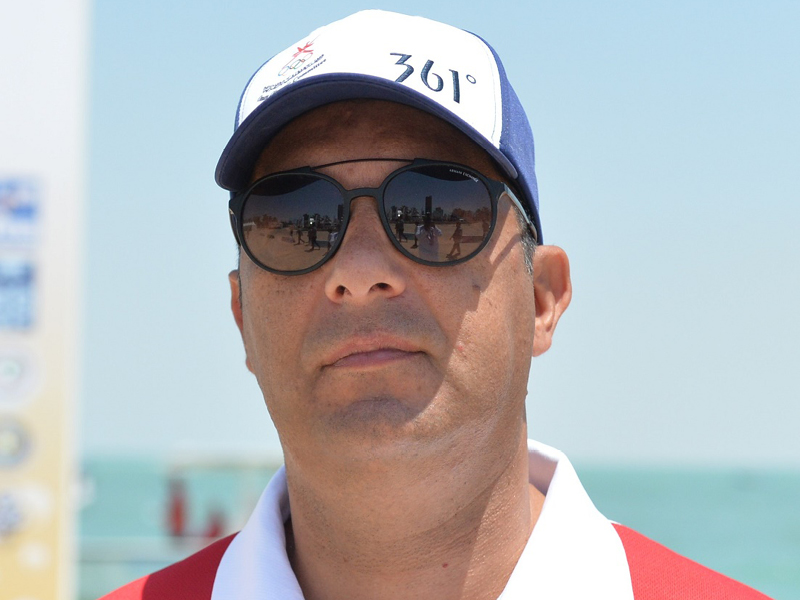 Oman swimming fraternity was left shell-shocked on Friday as news emerged on the sudden death of national team chief coach Srdjan Filipovic of Serbia at his home in Al Ghubra.

The 49 year old Serbian was a popular face in the swimming fraternity since his arrival in Oman as the chief coach in January 2019. The former World Cupper leaves behind two children and wife.

Though the cause of his death is yet to be confirmed, a top OSA official said that he died of a ‘heart attack’.

“When I last met him recently, he looked hale and hearty. He was a fit and a very friendly coach. His family had recently visited him from Serbia but returned back recently,” the senior official said.

“The whole OSA board, swimmers and friends are stunned at the untimely death of coach Filipovic. We hope to complete the formalities for his body to be repatriated back home in the next couple of days,” he added.

In a statement, OSA praised the role of the coach, who during his two-year tenure helped Omani swimmers earn laurels at GCC and Arab championships.

OSA said that Filipovic was also instrumental in raising the standards and timings of national team swimmers over a period of time and was a dedicated professional.

Under his guidance, Oman won eight medals, including five gold, two silver and one bronze, at the GCC Aquatics Championship in Kuwait in April 2019. The GCC meet was held along the fourth Arab and ninth Asian Open Water Championships.

Filipovic also was heading the OSA youth development programme and despite the coronavirus pandemic, he had managed to hold virtual training sessions for swimmers. He last supervised the national camp in Rustaq in September 2020.

A former national record holder of the old-Yugoslavia and Serbia in mid and long distances, Filipovic finished fourth at the Swimming World Cup in Shanghai, China in 1993. He was crowned Balkan champion in 1988 and graduated as a advanced swim coach from the Academy of Sport, Belgrade, in 1999.

Prior to his arrival in Oman, Filipovic worked with leading clubs in Europe and included stints in Serbia, Italy, Portugal, and Cyprus. He served as a member of the national coach board of the Portugal junior team as well as the Serbian Swimming.

Filipovic’s students went on to compete in the worlds and at the Olympic Games in Athens (2004) and Beijing (2008). He managed Serbia team at the World junior championships in 2008 and was member of the Serbian team’s coaching staff at the World University Games in 2009.

Filipovic also worked as a swimming commentator with Eurosport for more than a decade.