More citizens to get jobs as Omanisation gathers steam 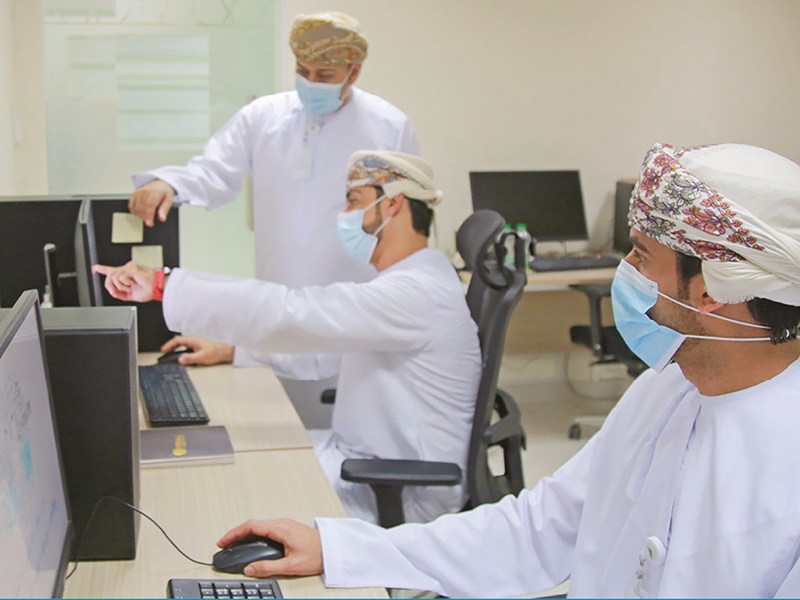 Giving preference to nationals when offering jobs is a key government policy for all countries, and Oman too has been working towards achieving a right mix of Omani and expatriate workforce in the private sector. The new policies issued by the Ministry of Labour (MoL) is gathering steam, more so to tackle the difficult economic conditions caused by the pandemic.

The visa ban on specific job roles for expatriate workers in the private sector and in-depth training programmes introduced to sharpen the skills of Omanis as well as the recent increase of expat recruitment fees, will definitely have a positive impact on Omanisation.

He added that the decisions taken by the government to prioritise employment for Omanis were in line with the practices followed by other countries to employ their own nationals first.

“If companies feel their operational costs are going to increase because they hire expatriate workers, we invite them to hire Omanis instead,” H E Sheikh Hosni said.

According to the recent data, the number of Omani jobseekers stands at around 65,000. Data available from E-Census 2020 for the national workforce show that of the 65,438 jobseekers, 24,559 are male and 40,879 are female. Among the males, 11,693 have the general education diploma (GED) and 6,265 have educational qualifications lower than GED. The number of male jobseekers with bachelor’s and higher degrees is 4,013, and higher education diploma holders number 2,400.

Among the female jobseekers, 20,288 are holders of bachelor’s or higher degrees, followed by 10,470 GED holders. There are 8,097 higher education diploma holders, and 1,828 female jobseekers with qualifications lower than GED. The majority of the jobseekers (47,115) are below 29 years.

Recently, Oman Chamber of Commerce and Industry (OCCI) said the increase in expatriate recruitment fees will have undesirable effects on the economy.

Eng Redha bin Juma al Saleh, chairman of the Board of Directors, OCCI, said that the decision will cause big losses to business owners, which will ultimately raise the cost of goods and services.

“The recent decision to raise fees for work permits of expatriates by the Ministry of Labour will negatively affect the local economy. It is necessary to encourage foreign and domestic investment, review laws and legislation regulating investment, and offer incentives and facilities to investors, which in turn will enhance job creation and job opportunities during the next phase, and contribute to advancing the development of the national economy,” Eng Redha said.

Addressing OCCI concerns, MoL says all decisions by the ministry had been made after consultation with all relevant bodies involved in the running and planning of the national economy. “There has always been coordination between the Ministry of Labour and the OCCI. I don’t understand what the problem is. Many of these jobs at senior, supervisor, or technical level, are occupied by Omanis across many sectors,” H E Sheikh Hosni said.

“This decision was not made to help just jobseekers, but also Omanis already employed who will want to progress in their careers.”

Others feel the current condition requires incentives, not fee hikes. “The current market condition requires exemptions and reductions in fees and facilitating procedures to encourage private sector companies and institutions to conduct their business and ensure continuity. Making any new decision must be in line with the economic condition of each governorate,” Zahir bin Mohammed al Kaabi, chairman of the Board of Directors of the Buraimi branch of OCCI said.

“Providing support and facilities for companies and establishments in the private sector will strengthen their economic position, which will support economic and social activity in the sultanate,” he said.

H E Sheikh Hosni informed that bringing in top position officials will now cost RO2,001. For mid-level positions, recruiters will shell out RO1,001 to recruit expats, while RO601 will be the new fee to hire an expatriate in specialised and technical professions.