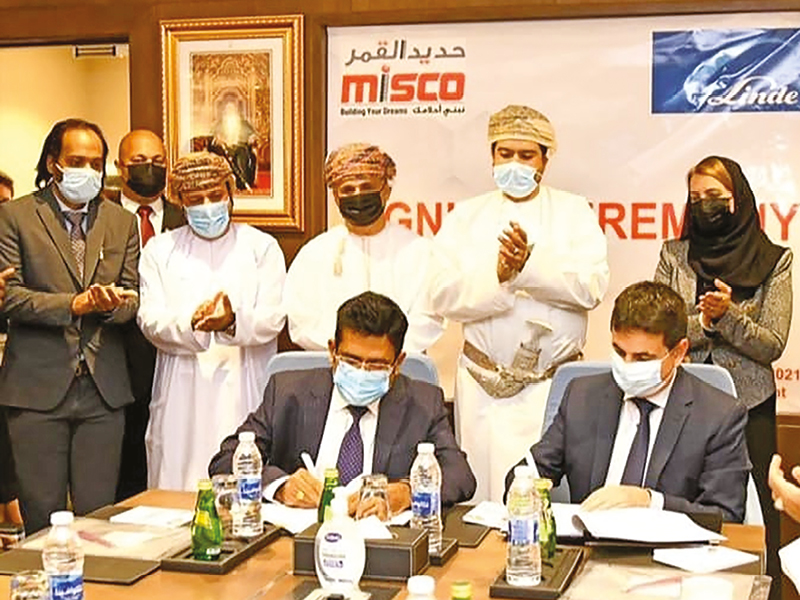 German firm Linde signed an investment partnership with Moon Iron & Steel Company under the supervision of the Ministry of Commerce, Industry and Investment Promotion (MoCIIP) on Saturday.

Under the partnership, Linde will provide the required quantities of oxygen to Moon Iron & Steel Company in Sohar Free Zone with an investment of US$26mn, which is the first for the company in the sultanate.

Linde is the world’s largest industrial gas firm in terms of market share and revenue. It is listed on stock exchange in New York’s Dow Jones and Frankfurt’s Dax for a total value of US$125bn.

The firm will introduce global best practices in the operation and maintenance of gas production units (air separation station).

It has been working through its local partners in GCC countries such as Saudi Arabia, the United Arab Emirates, Qatar and Bahrain for more than 30 years.

It also aims to expand its investment in the sultanate during this year by US$30mn through investments in construction, operation and maintenance of various gas production plants such as nitrogen, oxygen, hydrogen, etc.

Moon Iron & Steel Company provides about 135 jobs for Omanis, with an Omanisation rate of 40 per cent.