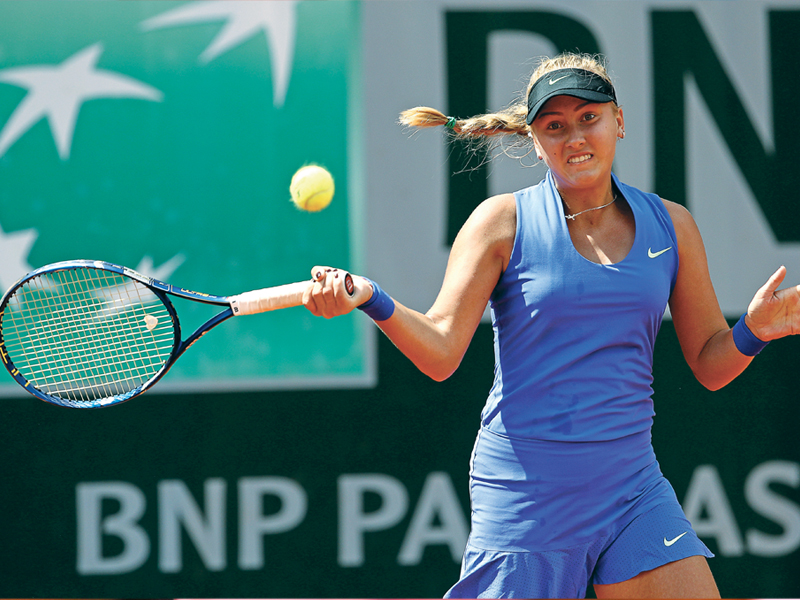 Tennis elbow (lateral epicondylitis) is a painful condition that occurs when tendons in your elbow are overloaded, usually by repetitive motions of the wrist and arm. It affects not only tennis players but also those whose jobs feature the types of motions that can cause it – plumbers, painters, carpenters, butchers, also those excessively using the computer mouse. “The condition is self-limiting and, in a majority of patients, symptoms persist for 6-24 months with complete disappearance of pain in a year’s time,” says Dr Biswajit Dutta Baruah, consultant orthopaedic surgeon, KIMS Oman hospital.

Essam Mohammed Hamza sat down with a slump on the chair and thrust the question at me – “What is this pain, doctor?” As I looked at him quizzically, he continued – “It’s severe pain at the elbow. I can’t even open a bottle of water or carry a grocery bag”. I made a note about that and proceeded to examine him.

As I felt the bony points around his elbow, I continued – “Did you hurt your elbow or fall down recently?”. He shook his head and jumped in pain, almost pulling his elbow out of my hands. “That’s exactly the point where it hurts”, grimacing in pain as he spoke. “Fall?” I looked at him again hoping that he was over the pain that I had inadvertently caused. “No, no …no fall”, he shook his head in response. Mr Hamza, you have “Tennis elbow”, I declared to him.

He gave me a funny look and said, “ Really! But I don’t play Tennis.” I proceeded to explain what this was all about.

You don’t have to play tennis

Tennis elbow is a common cause of pain in the upper limb affecting about 1-3 % of the adult population. The German doctor, F Runge first described it as ‘writer’s cramp’ in 1873 and later called it lawn tennis arm in 1883 – the latter name stuck on. Despite the name, only 10% affected individuals actually play tennis. You don’t have to play tennis to suffer from tennis elbow. Men and women are equally  affected, and the majority are affected in their 40s and 50s. It is also observed commonly in those who use vibrating tools like hand held drilling machines.

Most patients develop pain on the outer aspect of the elbow with pain often passing along the forearm. Moving the wrist often triggers pain. Simple activities like opening doors, wringing clothes, turning keys in clocks can become very painful. Pain at times can be sharp and distressing to the patient. A few patients can develop swelling or fullness around the elbow. Movements in the elbow joint are, however, not restricted except when they are in pain. X-Ray examination is not helpful as bones are not affected. Ultrasound can help confirm the diagnosis.

Often patients like Hamza inquire – “I didn’t fall or play any game like tennis, why did this happen to me?” Many muscles of the forearm (extensor group of muscles) are attached to a bony point just above and on the outer aspect of the elbow joint called the extensor origin (lateral epicondyle is the medical term). The tendon of one of these muscles, specifically ECRB undergoes degeneration. Degeneration implies changes in the structure of the tendon. This was thought to lead to inflammation around the tendon origin, leading to pain. Increasingly, studies have shown that it is more about degeneration than inflammation.

At times, doctors may prescribe MRI and the report may come as tears or defects. However, these findings have very little to do with the prognosis or treatment of the condition. Many times they give the impression that surgical repair is necessary. The condition is self-limiting and in a majority of patients symptoms persist for 6-24 months with complete disappearance of pain in a year’s time.

For those in whom it is troublesome, various modalities of treatment exist. As a first line, most doctors will prescribe anti-inflammatories and advice restriction of those activities that provoke pain. Often a tennis elbow band will be applied just below the elbow to help alleviate pain. Icing the region can be helpful especially for those having swelling. Shockwave therapy by the physiotherapist can be helpful, as well.

When pain starts to subside, eccentric loading exercises may be prescribed for recovery. A study reported in Lancet, that among all tendinopathies, the evidence for the use of steroid injections was the strongest for tennis elbow. The injection itself can be painful but often leads to resolution of pain. However, repeated injections are to be avoided as it can lead to thinning of the tendon and eventual rupture. Platelet rich plasma (PRP) injections are being increasingly employed to treat tennis elbow effectively.

A few studies have shown that bone marrow aspirate concentrate (BMAC) and autologous tenocyte concentrate (ATI) injections may be helpful. However widespread use of these techniques is limited by its availability and the treatment is not yet mainstream.

When non-operative treatment fails, surgeons may resort to open or keyhole (arthroscopic) surgery to clean up the degenerated tendon. If tendon attachment is compromised then repair with strong suture material may be necessary.

In summary tennis elbow is a disabling condition affecting the elbow of a middle aged adult. Examination is often sufficient for diagnosing the condition and non-operative measures lead to full resolution of the pain.