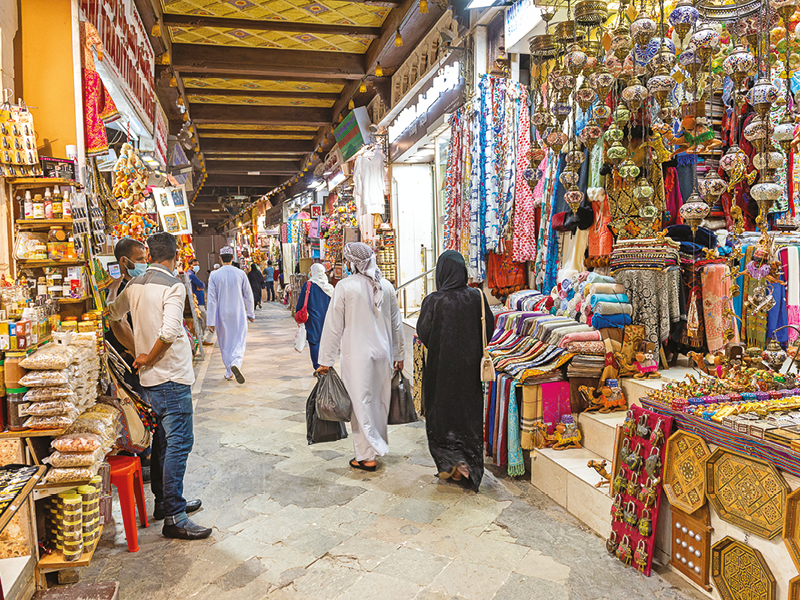 As part of its efforts to develop traditional souqs and attract tourists, Muscat Municipality is studying a proposal to develop Muttrah Souq and set up an Eid habta site in Seeb.

The Public Affairs Committee of the Municipal Council of Muscat governorate held its second meeting of the fifth year of the second term under Qais bin Muhammad al Ma’shari, chairman of the committee, in the presence of representatives of the authorities concerned with the topics of the agenda of the meeting.

The committee reviewed proposals of Hamad bin Khalfan al Wahaibi, a member of the Municipal Council representing the wilayat of Muttrah, to develop Muttrah Souq. The proposals included services and new features such as digital screens at market entrances and constructing restrooms inside the souq.

The screens will display information about the market and facilitate easy shopping for visitors.

The committee discussed another proposal related to securing the services of professional loaders in the market. Representatives of Muscat Municipality welcomed the proposals and expressed their willingness to study their implementation. Committee officials emphasised that Muttrah Souq attracts many residents as well as tourists.

Salem bin Mohammed al Fawari, representative of the wilayat of Seeb in the Municipal Council, presented a proposal to allocate a site for Eid habta and other celebrations in the wilayat of Seeb. The proposal includes provision of basic services, such as roads, lighting, parking lots and toilets at the site.

Representatives of Muscat Municipality in the meeting stressed that the Eid habta site should be far from residential and commercial neighbourhoods, and not cause traffic jams on main roads. The Public Affairs Committee members agreed to visit the proposed sites to hold events, including the proposed Eid habta in the wilayat of Seeb, to determine feasibility.