Salalah’s Al Mughsail among five best beaches in the world 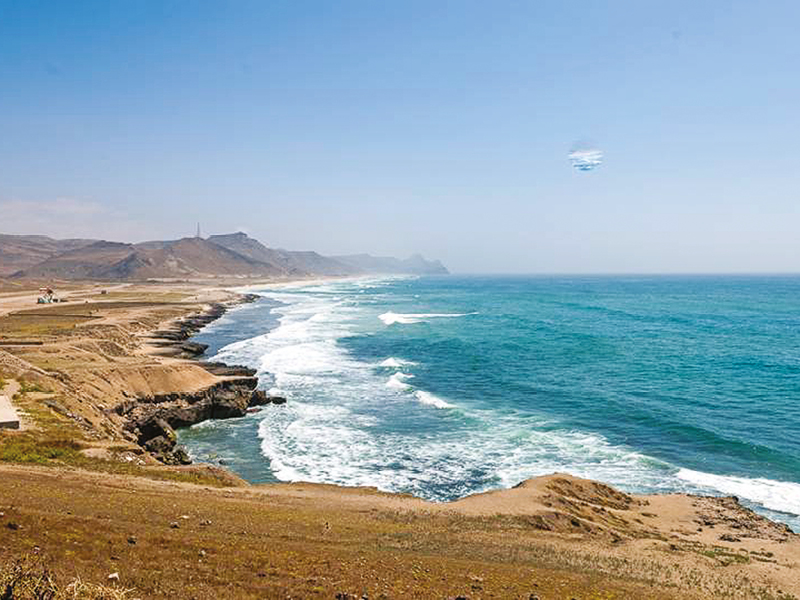 The Al Mughsail beach in Salalah, Dhofar, has found a place among the top five beaches in the world in the list of ‘The 30 Best Beaches In The World’, reports Condé Nest Traveler, the world-renowned luxury and lifestyle travel magazine.

The Ministry of Heritage and Tourism tweeted about the report, posting, ‘Al Mugsail Beach in Dhofar Governorate is chosen among the 30 best beaches in the world.’ The magazine says, ‘There’s something about a good beach that enlivens the senses: The briny scent of salt in the air, the calming murmur of waves, and the gentle nip of sand whipped up by the soft breeze.’

It placed the Al Mughsail beach at the fifth position, stating, ‘There’s something ‘Mad Max-esque’ about Al Mughsail, with its unflinchingly white sand, parched frankincense trees and cinematic blow holes (especially impressive during monsoon season) which erupt every couple of minutes, shaking the earth and spewing out seawater with a deafening sound.’

‘A favourite beach is like a favourite poem – individual, important and something that makes our hearts sing, and now more than ever we are dreaming of days spent wriggling our toes in the sand and wallowing in salty water.’

About Al Mughsail, the report said that instead of the typical sandy spots dotted with sun umbrellas and gaggles of tourists, ‘it sought out spaces that you may have to venture a little further for, but that remain incredibly beautiful and very often crowd-free. From the most exquisite beaches in Europe to far-flung stretches in Asia, Africa and more, these are the best beaches in the world.’

‘Stretching for four unbroken miles (about 6.5km) and fringed with sheer limestone cliffs, the beach is lapped by gleaming turquoise water which can get a little choppy at times. That said, it’s a wonderful spot from which to watch fishermen pilot traditional dhows just offshore; catch them at dusk for the most dramatic photographs, when they are silhouetted against the treacly Omani sunset.’