Movies made in ‘dark period’ see light of day 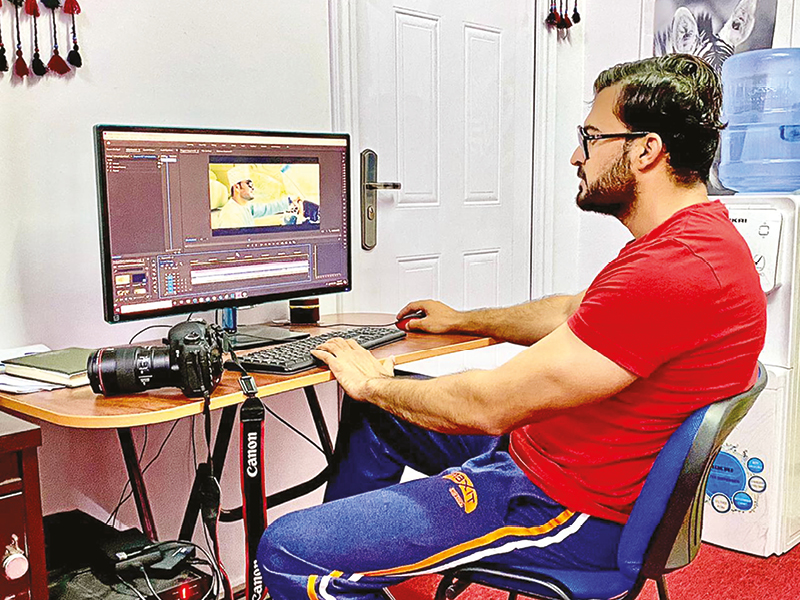 Neither the coronavirus pandemic nor the restrictions it brought on the social life could suppress the people’s creative energy in the sultanate.

In spite of this difficult period, some filmmakers in Oman have managed to come up with their works, albeit with small crews – at all times adhering to safety measures like social distancing and wearing masks.

And after months of uncertainty, they have finally released the movies, mainly for online viewing and for film festivals.

Sami Sarang, whose film Shukran Qaboos, which is an ode to the late Sultan Qaboos, decided to release it online.

He said, “We shot the film with the idea of releasing it in  theatres as an ode to our beloved leader the late His Majesty the Sultan. Unfortunately, that did not happen because of the dark period of the pandemic. We had hopes that it would reach more people in a theatrical release.”

However, as per Sarang the film is doing well even on the online platforms.

“We’ve got a good response,” he said. Sarang has also sent the film to various film festivals around the world.

Another filmmaker, who makes use of TikTok for his creations, said he managed to shoot a number of films during the period.

“I kept every safety measure in mind. Because of the lockdown we had some free time and I made use of the time for my short films. I think now is the time for me to reach my audience.”

He said the precautions he took along with his friends included not shooting at public places like malls and markets.

“Also, except for the main actor, all cast and crew members wore masks.”

Mohammad Darwish, a film-maker and member of Oman Film Society, said he had written two short film scripts about COVID-19.

“One I shot and directed and is right now featuring at film festivals. I was waiting for the right time for the film to be in the circuit and now with things slowly becoming normal, I finally sent the film for festivals.”

Darwish said currently he is working as an assistant director for a short documentary film.

“We managed to write and shoot six scenes during the period. Of course, it was challenging because of the confinement, movement restriction between places, and the fear of getting infected with the virus.”

This year’s Muscat International Film Festival has also been cancelled as a safety measure.