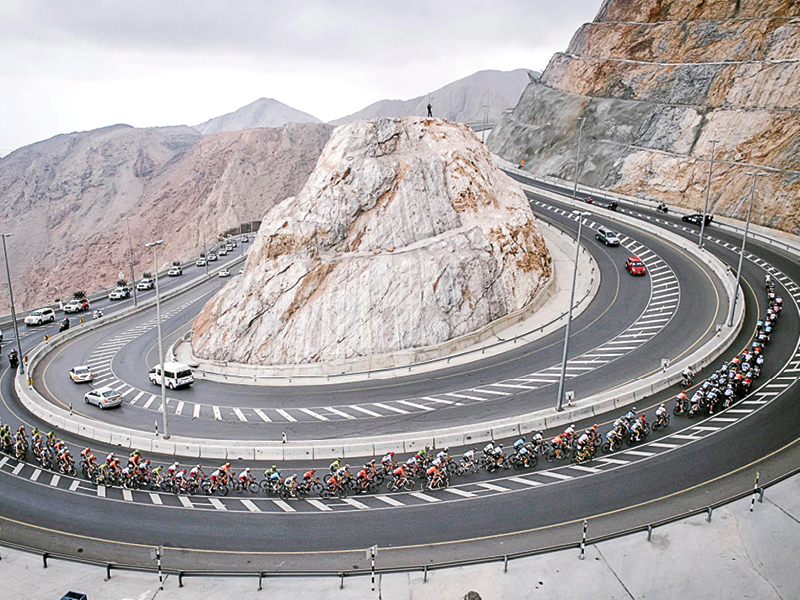 #Highlight: 2021 Tour of Oman postponed, confirms one of the world’s leading cycling teams

The announcement by the Oman Automobile Association (OAA) on Monday that three upcoming international motorsport events, scheduled in February and March, have been postponed was on expected lines in view of the ongoing COVID-19 situation.

Last week, the OAA had pushed forward two of the three events – the 2021 Oman International Drift Championship (OIDC) and the Oman Rally Sohar International – by a week.

However, following the recent directives of the Supreme Committee incharge of dealing with COVID-19, the OAA tweeted on Monday that the OIDC, Oman Rally Sohar

International and the MENA Karting Nations Cup Championship have been postponed until further notice.

The first round of OIDC was scheduled to be held on February 11-12 while the rally, which would have been the second-leg of the FIA Middle East Rally Championship (MERC), was to be held from February 25-27. The MENA Karting Nations Cup was due to be held from March 2-6.

According to an OAA official, new dates will be announced only after consultations with various stakeholders and he ‘expected that the events may be held later in the year’.

February and March were expected to be busy months for Oman, with five major international sporting events scheduled. But the COVID-19 situation has now forced the postponement of four international events, officially confirmed by the respective organisers.

Earlier this week, the 2021 Oman Open, a European Tour tournament, due to be held at the Al Mouj Golf in March was postponed by the European Tour in consultations with Oman Golf Association.

One of the biggest global attractions in Muscat in February is the Tour of Oman cycling race.  Muscat Municipality, the local organisers, have yet to formally confirm the cancellation or the postponement of the event.

However, one of the world’s leading cycling teams – UAE Team Emirates – has confirmed to Muscat Daily that the race has been postponed. In an email, UAE Team Emirates press officer said that they have received information of the 2021 edition being postponed though no new dates have been given. The 2021 Tour of Oman was due to be held from February 9-14 and is part of the annual UCI ProSeries.

A senior member of the Oman Cycling Association (OCA) also confirmed to Muscat Daily that the Tour has been postponed. The previous Tour of Oman was held in 2019 as the 2020 edition got cancelled following the death of the Late His Majesty Sultan Qaboos bin Said.