‘Closure of airports is under discussion’ 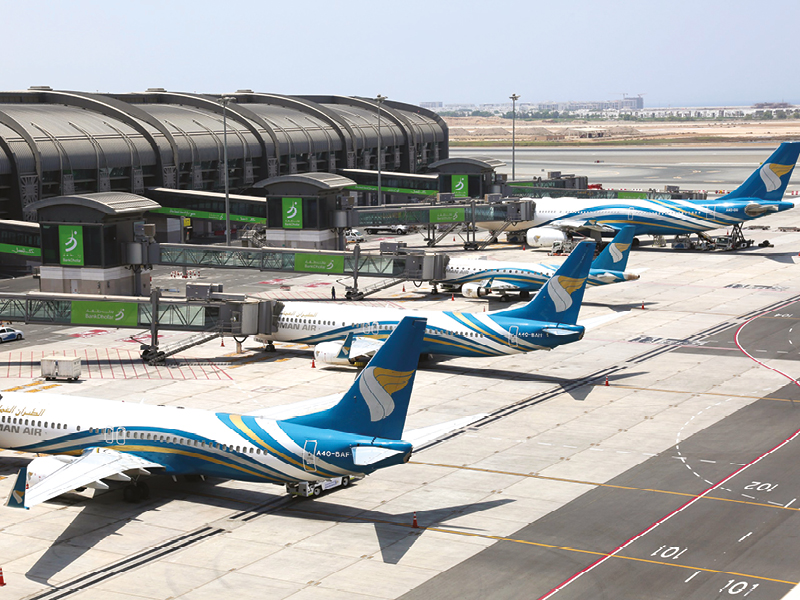 H E Dr Ahmed bin Mohammed al Sa’eedi, Minister of Health and member of the Supreme Committee in charge of dealing with COVID-19, said on Sunday that he hopes the committee will not be forced to close the sultanate’s airports for international flights as it will cause “immense social and economic losses”.

However, he informed that the closure of airports is under study and discussion. “We do not recommend travel at this time unless it is necessary. A decision to close down won’t be made easily but it is possible if there is non-adherence to precautionary measures,” he said, adding that controlling airports is easier than land ports in terms of tests at airports before and after arrival and following up on isolated cases.

He said that a lockdown will be the last option for the Supreme Committee. “The committee was forced to take new preventive measures that it wished not to do. Unfortunately, we see individuals shake hands and embrace as if the pandemic has ended,” H E Dr Sa’eedi said.

He described the doubling of intensive care unit patients in less than two weeks as “worrying and frightening”.

“Before January 21, the number of patients in intensive care was 51. The number went up 102 patients,” H E Dr Sa’eedi said.

“Wearing a mask is mandatory even for a person who has received the vaccination. There is no consensus at the global level regarding easing of quarantine for those who get the vaccine. A vaccine may prevent you from getting a virus but it will not stop you from spreading it to others.”

Regarding vaccines, H E Dr Sa’eedi informed that Pfizer is in the process of developing production plants, which has led to a temporary interruption in supply. “It has been confirmed by the vaccine manufacturer that a delay of six weeks does not affect its efficacy for those who took the first dose. We confirm that no vaccine will be accepted in the sultanate unless we confirm the safety, effectiveness and approval of the drug in the country of origin beforehand.”

A total of 2.5mn doses have been reserved for the sultanate from vaccine manufacturers.

“However, we warn that those who received the first dose of the Pfizer-BioNTech vaccine cannot receive a second dose from another company,” he added.

Dr Amal bint Saif al Maani, director of the Infection Prevention and Control Department in MoH, revealed that there are 96 suspected cases of the new strain of COVID-19 in Oman and six confirmed cases.

“Of the six cases of mutated strains recorded in the sultanate, four are related to travel and two are being investigated. There are variants of the mutated virus and the last two strains are the most dangerous even for young people. The new strains reported in the sultanate are the ones found in Britain, Brazil and South Africa,” Dr Amal informed.

She advised people to not to take the numbers as an indication of the efficacy of the vaccine as it varies according to circumstances, including the method of storage, the natural immunity of people, and infection with the virus despite taking the vaccine.