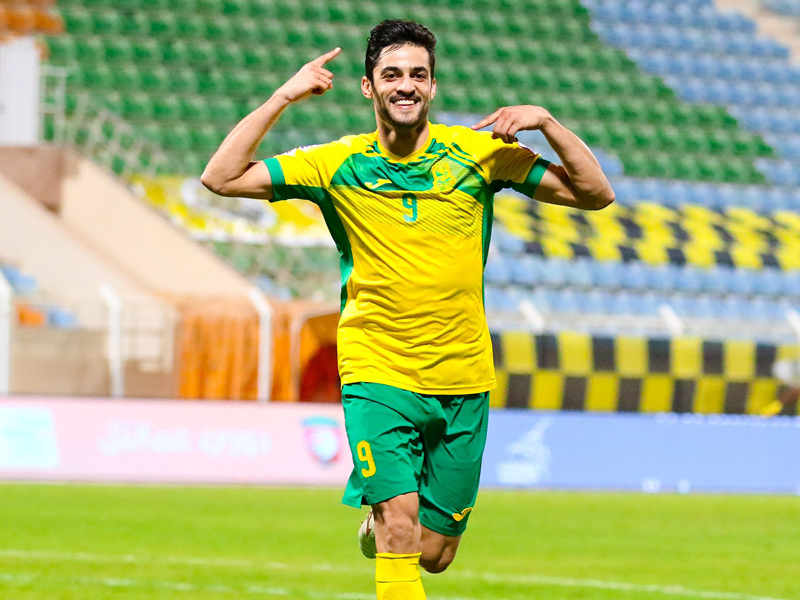 Dhofar’s seven-match winning streak in the 2020-21 Omantel League season was halted on Sunday when the Salalah giants were held to a 1-1 draw by promoted Nizwa at the Nizwa Sports Complex.

The 11-time winners and defending His Majesty’s Cup champions were on a roll since the start of the new season and had won all their previous rounds ahead of Sunday’s clash against last season’s First Division  League winners.

Hosts Nizwa rallied from a goal down to equalise in the 61st minute and share the spoils with the Rasheed Jaber-coached side.

Yaseen Sheikh had put the visiting Dhofar side ahead in the 46th minute with a long chip over the rival goalkeeper.

For Nizwa, it was only their second draw and they continue to stay among the bottom-four teams with five points.Despite the draw, Dhofar remain at the second spot with 16 points after eight rounds.

Along with defending champions Seeb, Dhofar are the only team not to lose any match so far in the current campaign.

Earlier on Saturday, holders Seeb rode on the twin strikes of their forwards, Abdulaziz al Miqbali and Salah al Yahyaei, to record a dominating 4-0 victory over Muscat.

It was the sixth victory on the trot for the reigning champions and they lead the standings after eight rounds with 22 points.

Dhofar are followed by Al Mussanah at third spot with 14 points following their 1-1 draw on Saturday against Al Ittihad at the Al Rustaq Sports Complex.

It may be mentioned that Dhofar, Al Nahda and Saham clubs have been docked six points each at the start of the season after being slapped with sanctions by the Oman Football Association (OFA).

In another match on Sunday, Bahla upset four-time champions Al Suwaiq 2-1 at the Rustaq Sports Complex to move to sixth place in the standings with 11 points. Suwaiq, despite the defeat remain at fourth place with 13 points.

And in a late evening match, Saham emerged a 1-0 winner over Oman at the Sohar Sports Complex.

Earlier on Saturday, Al Rustaq drew goalless with Al Nasr at home and Al Nahda registered a 1-0 win over hosts Sohar at the Sohar Sports Complex.