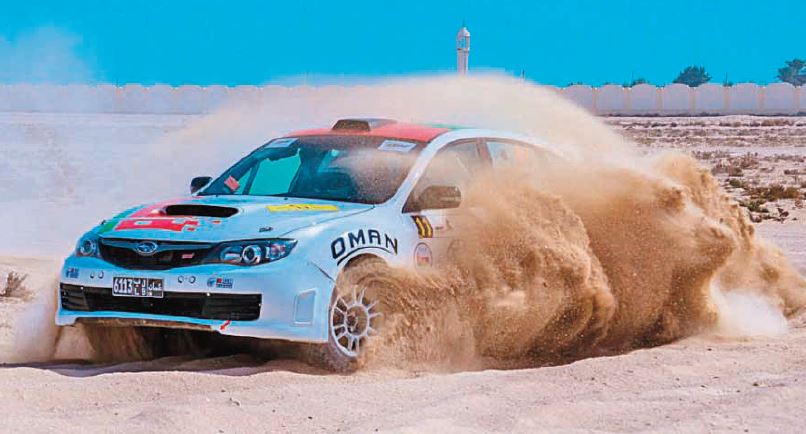 Last season’s championship runner-up Abdullah al Rawahi of Oman had to endure disappointment on the second day of the 2021 Qatar International Rally, the first leg of the FIA Middle East Rally Championship, in Losail, Qatar, on Saturday.

Driving a Ford Fiesta and competing in the R5 class, the Omani driver’s car suffered a broken steering arm to force him into retirement, failing even to complete the special stage on Saturday.

Rawahi is a young talent on the MERC scene and graduated from MERC 2 to drive a fully-fledged R5 car last year. The Omani is working with his Oman Rally Team and Jordanian

The two rivals shared a pair of stage wins apiece through the northern deserts and were separated by 10.3 seconds before the last action of the day. Meeke and English navigator Sebastian Marshall damaged the underside of their Škoda Fabia R5 after a heavy landing over a jump and were forced to stop after the stage.

The actual time loss was only 46.9 seconds, but the radiator had failed after the impact and damaged the intercooler. Rather than risk damaging the engine more seriously, Meeke stopped the Fabia on the road section and had to be towed back to Losail with hefty time penalties later awarded that will drop him down to sixth place on Sunday’s restart under Rally2 rules.

Oman’s Zakariya al Aufi was seventh and second in MERC 2 and Saudi Arabia’s Salef al Saif led the FIA T4 section in his Can-Am with eighth.

The third Omani driver in fray, Zakariya al Amri was excluded for taking a short cut on one of the stages.