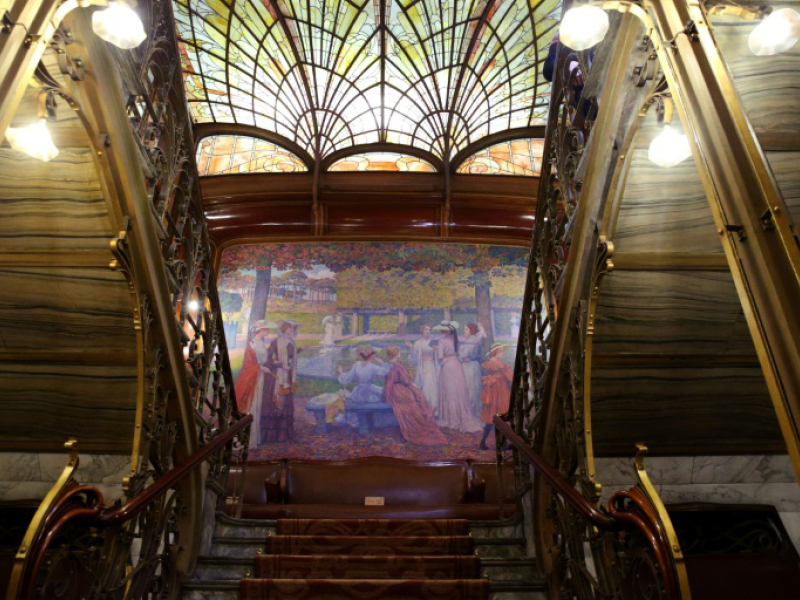 An emblematic Art Nouveau mansion designed by Belgian architect Victor Horta has opened its doors to the public in Brussels (Belgium), revealing a long hidden jewel of the city’s Belle Epoque glory. (Art Nouveau is an ornamental style of art that flourished in the late 19th and early 20th century throughout Europe and the United States, mostly for architecture, interior design as well as for jewellery and glass design.)

“It is perhaps even more important in the time of COVID-19 to be able to spend a relaxing moment in the midst of this complete beauty,” said Pascal Smet, heritage minister for the Brussels Region. Smet acted as a guide for a handful of journalists around the Hotel Solvay, a three-storey mansion with a majestic staircase where natural light shines through a multi-coloured stained glass window.

The mansion was built between 1895 and 1903 on the once glitzy Avenue Louise for the son of Belgian industrialist Ernest Solvay, and its architecture is impressively preserved. Horta paid attention in his work to the whole interior, from the design of the building’s exposed structure, to the living room furniture, right down to the door handles.

“It gives the feeling of the perfect building, everything has been thought out, down to the smallest detail,” said Smet, gazing at a decor of yellow, orange and beige, where the armchairs match the woodwork.

UNESCO included the Hotel Solvay on its World Heritage List in the early 2000s. According to the UN agency, it is “the most ambitious and spectacular work by Horta to have come down from the Art Nouveau period.”

At the end of the 19th century, Art Nouveau had revolutionised architecture with its aesthetic of curves applied to glass and steel, materials that were new at the time.

The private mansion went on to have an eventful history after the death of its first owner in 1930. Damaged by a German bomb during World War II — the main stained glass window had to be rebuilt — it was saved from a wrecking ball at the end of the 1950s, when a couple, running a fashion house, decided to make it their workshop.

At the time, real-estate developers had free rein in Brussels and the Avenue Louise was engulfed by large office buildings. Even the most awe-inspiring Art Nouveau edifices were threatened by developers, according to the current owner, Alexandre Wittamer, grandson of the fashion house couple.

“It’s hard to imagine, but in the 1950s and 1960s in Brussels, everything was allowed, and it happened that Art Nouveau buildings were demolished, whether they were by Horta or other architects,” said the 43-year-old finance executive, who now organises visits with the help of his wife.

For the time being, the architectural gem will only be accessible on Thursdays and Saturdays, provided that a time slot has been reserved in advance online. That rule applies to all Belgian museums, which have remained open despite the pandemic unlike in Paris or London.

Since the 1980s, after the end of the fashion business, the mansion had been used for private events and was only visited on rare occasions and city heritage days. 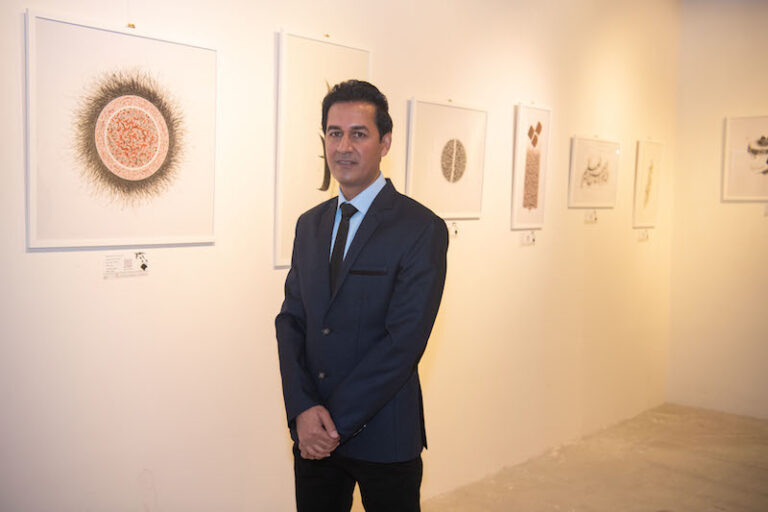