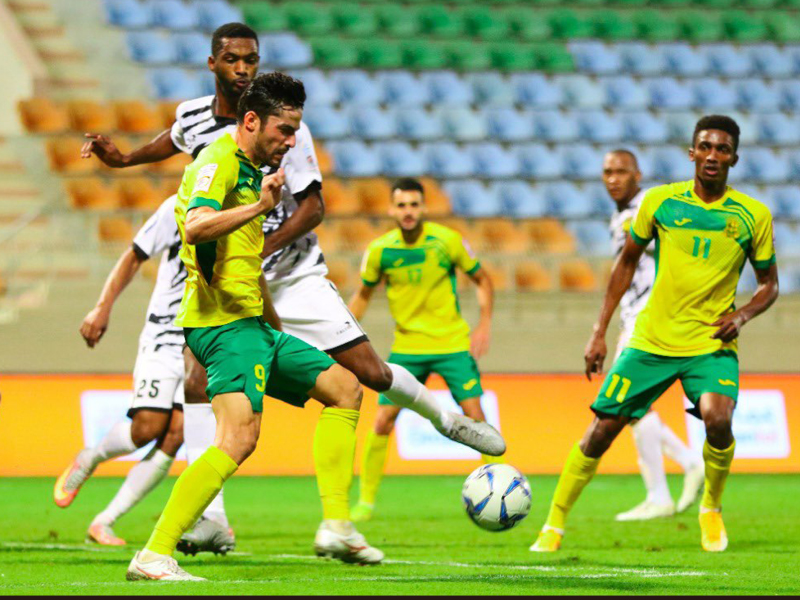 Defending champions Seeb and last season’s runner-up Dhofar are the only teams among 14 that remain unbeaten after the completion of the seventh round of the 2020-21 Omantel League on Tuesday night.

Seeb stamped their authority against former champions Al Suwaiq in a late match on Tuesday with a 4-0 victory at the Seeb Sports Complex to stay on top of the table with 19 points.

It was the fifth consecutive win for the holders and with six wins and a draw, Seeb are continuing their good form since winning their maiden top-flight league title last October.

The only blip in their campaign this season so far has been their goalless draw against the promoted Al Ittihad in December.

On Tuesday, Seeb’s star striker Abdulaziz al Miqbali was once again the livewire and  contributed handsomely in the win with two goals in between the opening and the last goal.

Amjad al Harthy opened the scoring with a strike in the 20th minute and the winners led 1-0 at the break. Miqbali extended the lead latching on a defensive blunder from a Suwaiq player to beat the rival goalkeeper with a neat finish in the 53rd minute. And ten minutes later, he was once again in the thick of action with a powerful shot.

Seeb completed the rout with three minutes left for the final whistle as Mazin al Saadi smashed home a volley.

If Seeb was dominant in their win against Suwaiq, Dhofar’s winning streak continued as the Salalah giants and 11-time champions recorded their seventh successive win in their league campaign with an easy 2-0 win over Al Mussanah at the Al Saada Sports Complex.

Hampered by the OFA disciplinary sanctions that saw Dhofar along with Al Nahda and Saham docked six points each ahead of the season, the Salalah giants are now second in the standings with 15 points despite an all-win record.

Mohammed al Mashari and Khalid al Hajri were on target for Rasheed Jaber’s men in the win.

Despite Tuesday’s defeat, Mussanah remain third in the standings with 13 points.

Speaking after the win, His Majesty’s Cup champion and Dhofar coach Jaber said, “It was a good win against a young team that has achieved good results in previous matches. Our players played with focus and the most important thing is that we won the match. We look to continue with the winning momentum.”

In the other matches played on Tuesday, Al Nahda was held to a goalless draw against Al Ittihad at the Buraimi Sports Complex, a result that kept the hosts in the relegation zone, and Oman recorded a crucial 1-0 win over Nizwa at the Seeb Sports Stadium to climb to sixth spot.

Earlier on Monday, Bahla emerged a 2-1 winner over Saham, five-time champions Al Nasr proved too strong for the visiting Sohar team, cruising to a 2-0 win at the Al Saada Sports Complex, and Muscat playing out a draw goalless draw against Al Rustaq at the Sultan Qaboos Sports Complex.