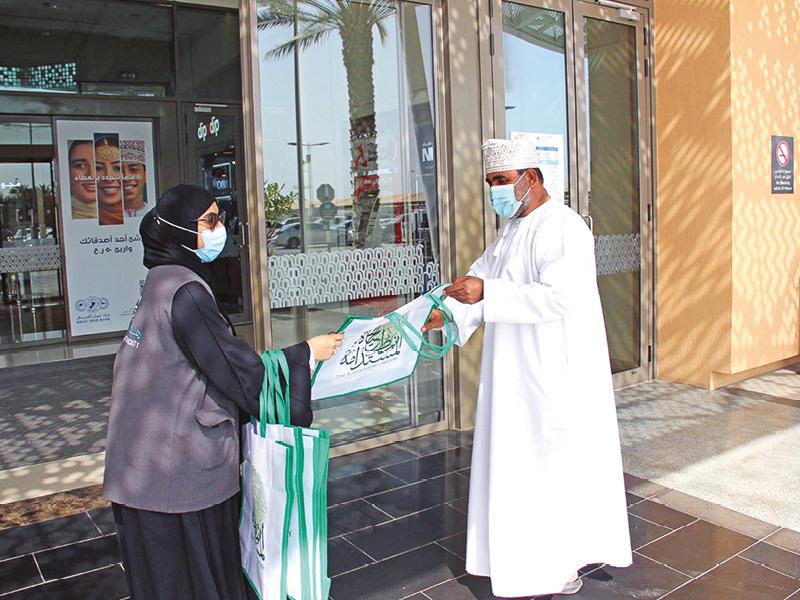 As part of its efforts to spread awareness on the importance of using eco-friendly plastic bags, the Environment Authority has launched campaigns in several parts of the sultanate.

As the part of the drive, the Environment Authority, in cooperation with Bidbid Municipality and Omani Women’s Association, held awareness meetings for merchants and visitors to the Fanja market, an official said.

The authority’s officials explained to them the decision to ban single-use plastic bags and replace them with eco-friendly ones in order to preserve the environment.

On January 25 and 26, the officials distributed environmentally friendly plastic bags to customers in department stores, shops and pedestrians on  the street.

For the awareness campaign, the authority cooperated with several bodies such as the Ministry of Agriculture, Fisheries and Water Resources, the Consumer Protection Authority, and the Ministry of Commerce, Industry and Investment Promotion, added the official.

The Environment Authority banned the use of single-use plastic bags from January 1.

The violators of the decision are liable for a fine of no less than RO100 and no more than RO2,000.