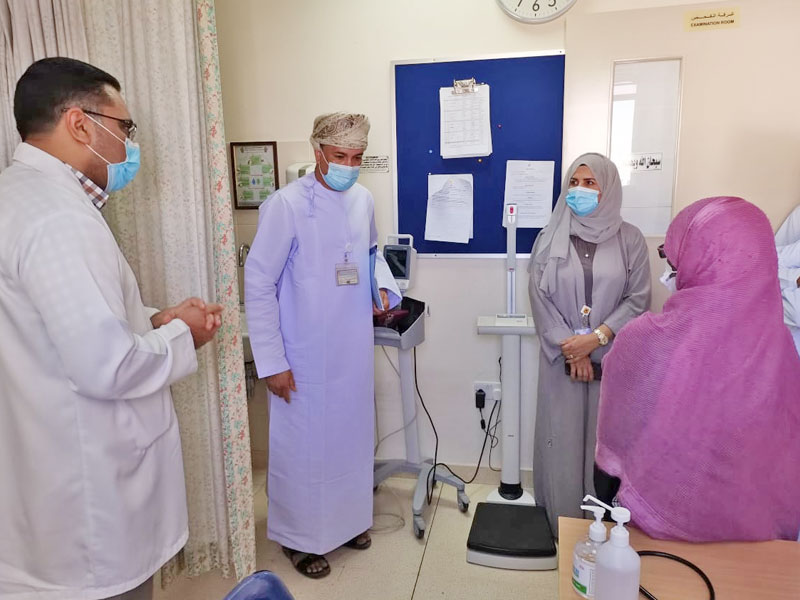 H E Dr Fatima visited hospitals and a number of health centres in Sinaw, Bidiyah and Ibra, in addition to health institutions in Mudaibi.

She was briefed on the workflow at these institutions as she met their administrative staff and health workers, and heard their opinions on improving the quality of the delivered services. In Ibra Hospital, presentations were made on financial and human resources, as well the situation in the governorate’s primary and secondary health institutions.

The MoH undersecretary also visited a new building of the Directorate General of Health Services of the governorate and a training centre in the old building.

She reviewed with administrative personnel a number of topics related to health systems in the governorate including  health plans, indicators and achievements. Discussions further highlighted the obstacles and challenges that encountered the implementation and the development of workflow in the governorate.

The undersecretary was accompanied by Mohammed al Abri, director general of Health Services, North Sharqiyah governorate, as well as a number of senior officials.