New British schools to open in Muscat in 2021 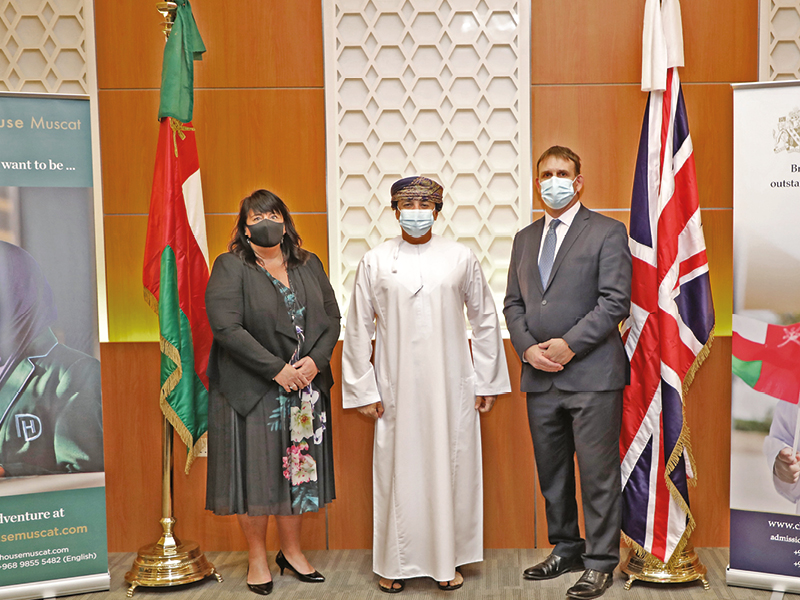 The Ministry of Defence Pension Fund announced on Thursday that it will open two new British schools in Muscat this year, subject to final licensing from the Ministry of Education.

Both schools are currently accepting applications for the session to commence in September 2021.

On behalf of the Ministry of Defence, H H Sayyid Shihab bin Tariq bin Taimour al Said, Deputy Prime Minister for Defence Affairs, said, “In line with the sultanate’s vision and the National Strategy for Education 2040, I am pleased to announce the opening of two international schools – Cheltenham Muscat and Downe House Muscat. Both schools will offer education with modern, inspirational teaching that cater to the needs of every child both in-school and through a virtual learning platform, blending the power of culture and heritage with innovation.”

Sayyid Shihab informed that the schools will offer an environment conducive to encouraging all children to be understanding and tolerant of others, whilst developing self-confidence to express ideas and opinions, thus enabling them to become global leaders of the future. “I wish both schools success in their mission, and the students and their parents a beneficial tenure and successful careers.”

According to H E Hamish Cowell, British Ambassador in Oman, the British Independent Schools Inspectorate rates both Cheltenham and Downe House as ‘outstanding’ in their formal appraisals and they feature within the top ten and three respectively of A-Level achievements.

“It is testament to the strong relationship between the UK and Oman that the schools have chosen to locate in the sultanate, and demonstrates their keen commitment to enhancing the traditionally strong bilateral relationship,” H E Cowell said.

Unlike many other schools in the region, children will be taught by specialist staff rather than general class teachers. Starting as early as KG1, specialists will teach across individual subject areas and from Grade 4 across all subjects, enabling scientists to teach science, artists to teach art and mathematicians to teach maths.

This exceptional teaching is delivered via an extended all-inclusive school day giving the space for learning, growth and extra-curricular activities.

Designed by award winning architects, the two distinct campuses offer state-of-the-art facilities. The schools are at the heart of the Ministry of Defence Pension Fund’s Al Bandar Master Plan, located between Muscat and Seeb, ten minutes from Muscat International Airport and Al Mouj. Construction is ahead of schedule and on track for completion by August 2021.

Michelle Scott is the founding principal of Downe House Muscat, having previously been the deputy head at Downe House UK. Her highly-experienced staff will deliver an outstanding British curriculum as well as exceptional Arabic and Islamic studies to the pupils.

Cheltenham Muscat is led by founding head, Crispin Dawson who has moved to Muscat from his post as senior deputy head at Cheltenham College UK.