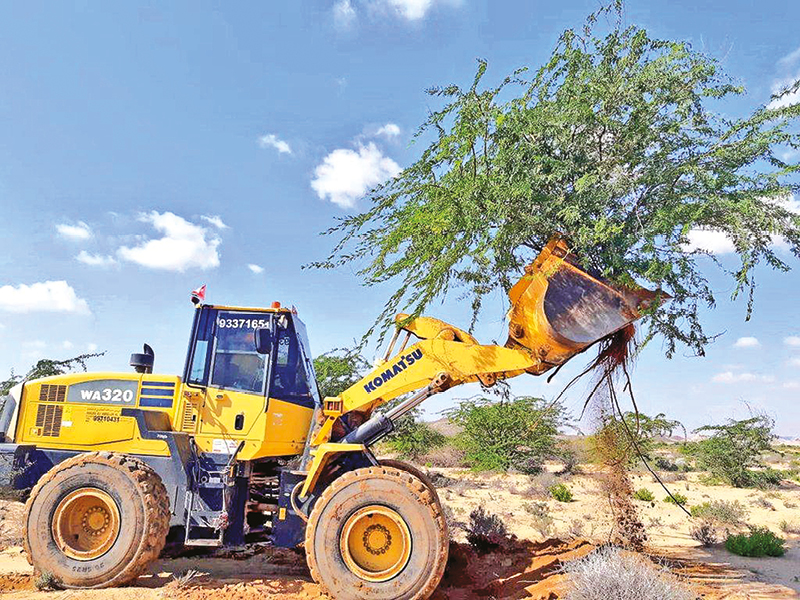 In efforts to eradicate mesquite plants from the sultanate, the Ministry of Agriculture, Fisheries and Water Resources has kick-started a campaign in cooperation with Oman LNG to remove the invasive species from several villages in the wilayat of Sur in South Sharqiyah.

The campaign is part of a wider national campaign that the ministry is currently conducting in different parts of the country to eradicate the invasive species.

The ministry stated that the plant is a menace as it threatens local species, competing for water and soil nutrients. Its leaves contain toxic substances, and its thorns are known to cause serious injury to humans.

The plant’s pollen has been identified as a major source of respiratory allergens, and consumption of its pods by animals lead to teeth decay and subsequently loss of life.

The plant also affects soil salinity and has a negative impact on groundwater. The ministry uses geographic information systems and remote sensing to monitor its spread.

The meeting discussed phenomena such as the spread of the Parthenium plant, death of livestock, spread of mesquite plants and the Aedes aegypti mosquito.

The meeting also recommended activating the role of the private sector in finding innovative solutions and investment opportunities to benefit from mesquite trees in manufacturing industries.