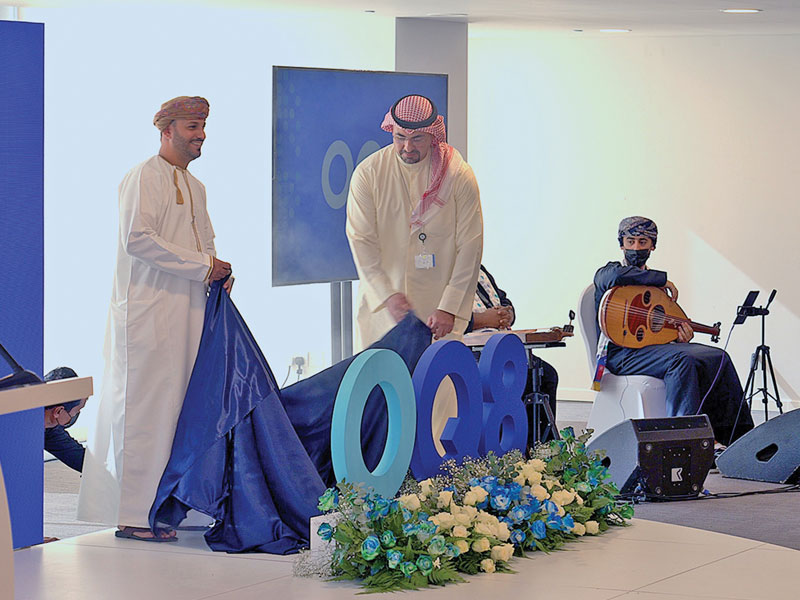 The Duqm Refinery project – a mega refinery, petrochemicals plant and pipeline – is a joint venture between OQ and Q8 which is owned by Kuwait Petroleum Corporation.

The new brand logo represents the close relationship between the sultanate and Kuwait and the inherent brotherhood between the two nations.

Sheikh Nawaf Saud al Nasser al Sabah, CEO of Kuwait International Petroleum and chairman of Duqm Refinery and Petrochemical Industries Company, said, “The consistency between Q8 and OQ strategies in managing the Duqm Refinery project is a strong evidence on the collaboration of our efforts to achieve development and growth for our nations. Since the launch of this project, we have seen the constant growth and development of the Special Economic Zone at Duqm and being one of the key industrial hubs in the Gulf region. Such partnership will ensure us a safe channel for exporting the Kuwaiti oil besides creating considerable number of job opportunities for Omani and Kuwaiti youth.”

“Despite the tough economic conditions ripping the world markets, we will spare no efforts to turn our aspirations into reality and become a model success stories for everyone,” he added.

The design of the Duqm Refinery, which has a capacity of 230,000 barrels per day, is based on the hydrogen cracking unit and the delayed coker unit. The refinery has the capability to process all types of oil. Once completed, the refinery will produce liquefied petroleum gas, naphtha, jet fuel, diesel, sulphur and coke.

Eng Ahmed bin Saleh al Jahdahmi, CEO of refineries and petrochemicals at OQ and deputy chairman of OQ8, said, “Our synergy in OQ and Q8 and successful strategy can be referred to united visions of the leaderships of the two countries to achieve maximum benefits which will return back to the people of the two countries. The project has the attention and support from the leaderships of the two countries and the groundbreaking event of the project was held under the patronage of His Majesty Sultan Haitham bin Tarik in April 2018. This puts more responsibility on us to overcome all challenges to achieve the success of this strategic partnership.”

“Due to the strategic location of Duqm and its easy access to international markets, we at OQ believe on the promising future of Duqm to attract more petrochemical projects which will create more job opportunities and businesses in the future,” Jahdahmi added.