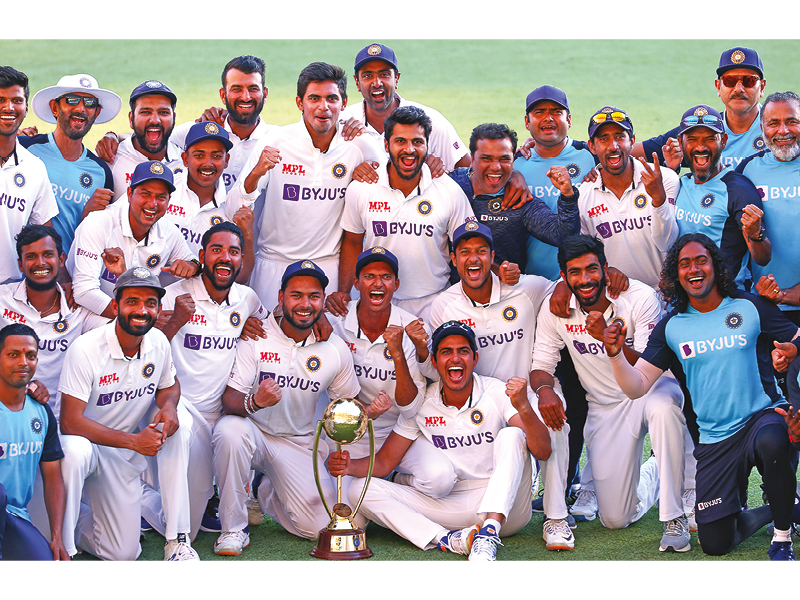 The historic win of the Indian cricket team against Australia on the latter’s home turf on Tuesday has opened the floodgates of praises and accolades from the cricket fans from across the world, including those in Oman.

The stunning win in Brisbane, said to be the fortress of the host team for never losing a match there in the last three decades, got the visiting team retain the celebrated Border-Gavaskar trophy for the third consecutive time with rookies scoring a massive 324 runs on the fifth day of the Test match when most of the top players missed the match due to injuries.

Cricket fans in Oman did not hide their excitement while discussing the match that is now considered one of the best in cricket history.

“The victory has been very remarkable for Indians as well as cricket lovers all around,” Dad Mohammad, a board member of Oman Cricket said.

“All around the world now it is time for youngsters to take over responsibility with grace and composure. The new brand of young India displayed this spirit with diligence,” he said.

Prabhakar Bhandarkar, an IT expert added, “It was a welcome relief particularly in a difficult time, when India is fighting the COVID-19 pandemic and is reeling from its impact on the economy.

“Australia have always been a tough team for India because of its sharp bowling. Indeed, we saw how our players got injured while facing their pacers. But at the end, our boys managed to keep their focus on and come out victorious. It also reflects life in general: one must never ever lose the composure in dire straits.”

The win in Brisbane comes exactly a month after India was bowled out for a lacklustre 36 in the first Test.

Santosh Patil, a semi-professional cricketer who regularly plays at the Amerat Ground, said, “Most of the players are new and to have such an inexperienced team win against the giants on a foreign soil must be appreciated. Tests require more stamina and focus unlike T20 and to display this much level of focus and that too after a disastrous lowest score loss is praiseworthy.”

The BCCI (cricket board) must give preferences to these new comers, Patil said, while pointing out that “most of them (youngsters) come from a very humble background” and that “they must be provided with every facility to excel to their best”.