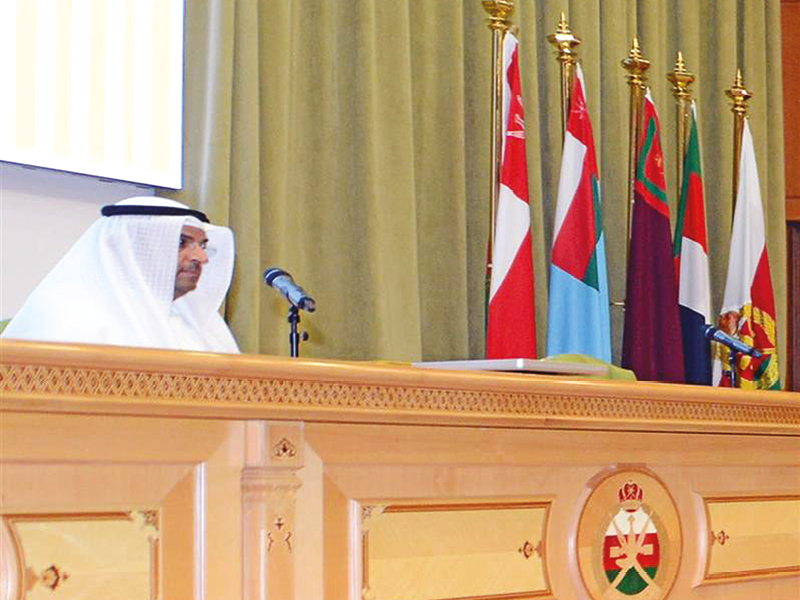 The lecture was delivered by Dr Nayef Falah al Hajraf, GCC secretary general as part of the curriculum of NDC’s eighth batch.

In his lecture, Hajraf outlined the GCC’s role in tackling regional and international developments, elements of power and challenges influencing the council’s methodology of functioning as it performs its mandate of promoting member states.

The lecture also touched on the impact of the GCC’s moves on regional and international security, as well as its ability to explore and anticipate future developments and address the concomitant challenges to stay as a politically and economically influential entity in the region.

Ministry, and Dr Zainab Ali al Qasmi, head of the Diplomatic Institute at the Foreign Ministry, besides NDC faculty members and personnel.