Oman’s role in achieving peace and stability in Syria lauded 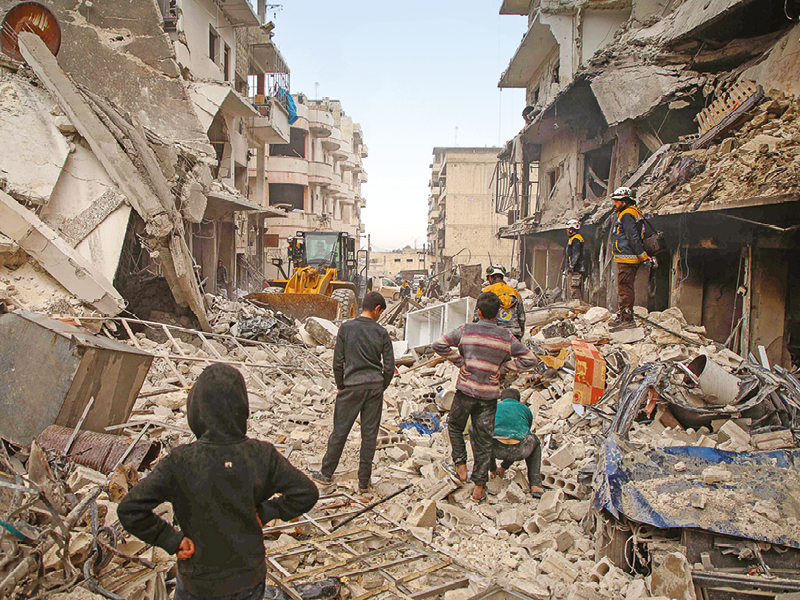 A globally respected nonpartisan foreign-policy think tank has appreciated the role Oman has played towards achieving peace and stability in Syria.

‘Oman leveraged its neutrality to push the various sides towards a diplomatic settlement in an attempt to bring an end to the bloodshed (in Syria),’ wrote Giorgio Cafiero and Brett Sudetic in the Carnegie Endowment for International Peace, the oldest international affairs think tank in the United States founded in 1910.

‘Such a foreign policy is reflective of the Omanis’ neutrality and pragmatism on the international stage, and an understanding that the sultanate can best advance its own security interests without infringing on the sovereignty of other nations. Muscat’s continuous relationship with Syria is a salient example,’ it added.

Looking ahead, while most Western governments are not ready to directly engage the Syrian regime diplomatically, Oman could continue to establish itself as a go-between the actors for engagement between Syria and the West, it said. ‘As a country that carries minimal baggage in its foreign relations, Oman’s growing influence in Syria could make the sultanate an increasingly important diplomatic actor in the process of reintegrating Damascus into the Arab world and international community.’

Since the Syrian crisis broke out nearly a decade ago, Oman has been the only Gulf Cooperation Council member to take virtually no diplomatic action against Damascus. ‘Muscat’s refusal to join other countries in regime change efforts targeting Damascus was unsurprising given Oman’s foreign policy traditions. Omani foreign policy post-1970 has aimed to avoid actions or rhetoric that can be construed as interference in another country’s internal affairs.’

According to Omani diplomats in Washington, the sultanate’s vision in solving the Syrian crisis stems from the need to stop the bloodshed and the armed conflict, and it spares no effort to contribute in this regard in all forums in order to achieve peace in Syria and put an end to the suffering of the Syrian people, the report said.

In the year 2020, Oman sought to maintain its approach to Syria and even expand relations with the country. ‘In early October 2020, Walid Muallem, Syria’s late foreign minister, received the credentials of Muscat’s ambassador to Syria, Turki Mahmoud al Busaidi, making the sultanate the first GCC member to return its ambassador to Syria since 2011.

‘In Muscat’s view, this move helps boost Oman’s ability to play a greater role as a diplomatic bridge and humanitarian actor in the war-ravaged country.’