Passionate about the past 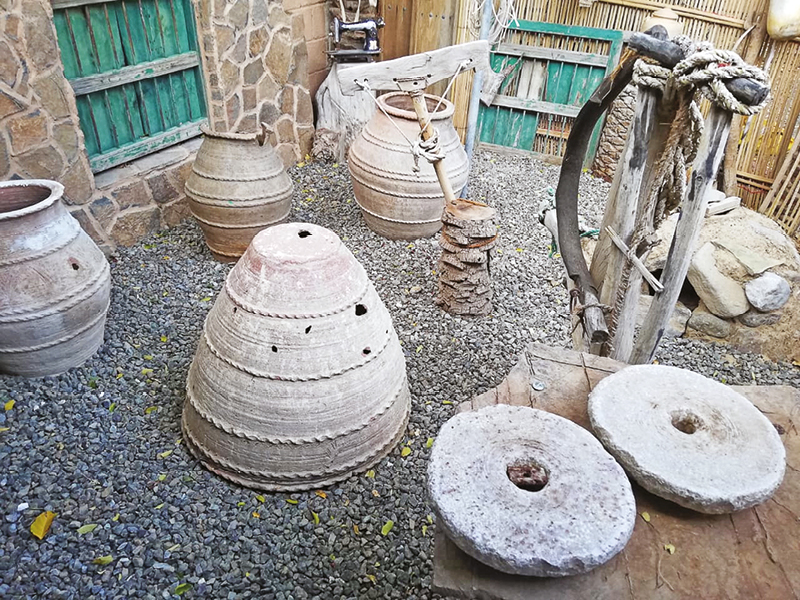 A family home in Ibri that has been converted into a museum to exhibit traditional craft has become a tourist attraction.

Salem Humaid al Kalbani, 65, has turned a part of his family home into a museum showcasing more than a hundred artefacts reflecting the wilayat of Ibri and Oman’s rich traditions.

Speaking to Muscat Daily, Kalbani said the museum has become a tourist and cultural destination in Ibri’s Al Najeed village.

The museum’s exhibits include old wooden doors and windows, vessels and utensils, a wide variety of handicrafts, mandoos, traditional bags, tools used in processing dairy and dairy products and more.

“I have always been passionate about preserving the heritage of the country. I inherited some artefacts – including pottery and traditional agricultural equipment – from my father and grandfather,” said Kalbani.

“The idea of creating this home-museum came from my passion for the past, and from my keenness to preserve the tools left by our forefathers. I thought of it for the first time ten years ago when I visited a harat (abandoned village in ruins). The walls had collapsed and ceiling caved in in many of the dusty houses in the run down neighbourhood.”

It’s when Kalbani decided to turn his ancestral home into a museum and fill it with old possessions. “I have collected more than 100 pieces of artefacts, most dating back 50 years. The museum aims to preserve the cultural heritage of our ancestors for the future generation,” Kalbani said.

Convincing his family members to open their home to tourists was easier than collecting exhibits to display. “It is not easy to collect such antiques. It needs a lot of time, dedication and money. Most owners do not like to part with their heirloom. They need a lot of convincing. But the end result is worth all the effort.”

Kalbani informed that every weekend, people from different wilayats and tourists visit his museum and take photographs of the items on display. “It is a memory that they capture and treasure for life.”

In the future, he plans to expand his collection and build a larger museum to attract more visitors, which will in turn support the Omani tourism industry and promote Oman.

“I hope to set up a big museum in the future so that it can attract domestic and international tourists in large numbers. Additionally, I hope to establish a workshop to make traditional handicrafts such as chairs and carpets from palm fronds. I wish to spread awareness among young people to preserve our ancient crafts.”