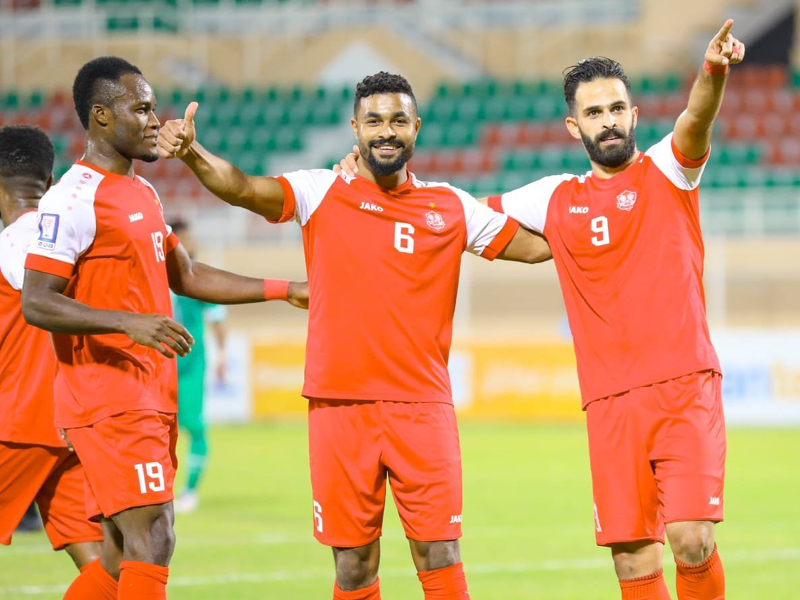 The Dhofar juggernaut continues to roll on in the 2020-21 Omantel League season. On Sunday, playing against the hosts, Al Nahda, at the Buraimi Sports Complex, Dhofar scraped through to a 1-0 victory to stay unbeaten in the domestic league.

It was the sixth successive victory for Rasheed Jaber’s men, who have shown great resilience since they suffered a setback ahead of the season last month.

Dhofar was one of the three clubs who were handed sanctions by the Oman Football Association (OFA) ahead of the new season kick-off. The sanctions included fine and more importantly, deduction of six points.

Besides Dhofar, the other two clubs were Al Nahda and Saham.

Dhofar’s sixth win on the trot helped the 11-time winners climb to top-three spot in the standings with 12 points despite docking of six points. Playing in Buraimi, hosts Al Nahda staved off a flurry of attacks from the rivals and the teams were goalless at the interval.

The all-important goal came in the 62nd minute when Jordanian striker Oudi al Qara broke through the Nahda defence and then beat the Nahda goalkeeper with a volley from the near post.

The goal turned out to the only goal as Dhofar held back to safeguard their citadel for the remaining period of the match.

Speaking after the match, the Jordanian striker, who joined the club in November, 2020, said that ‘the win was a complete team effort’. “We deserved to win as we were better overall,” said Qara in a club tweet.

In another game on Sunday, four-time champions Al Suwaiq edged Saham 1-0 to stay second with 13 points. Suwaiq and Seeb have 13 points each but the latter is ahead on goal-difference and have a game in hand. Also on Sunday, in an all-Salalah clash, five-time winners Al Nasr were upset by promoted Al Ittihad 1-2.