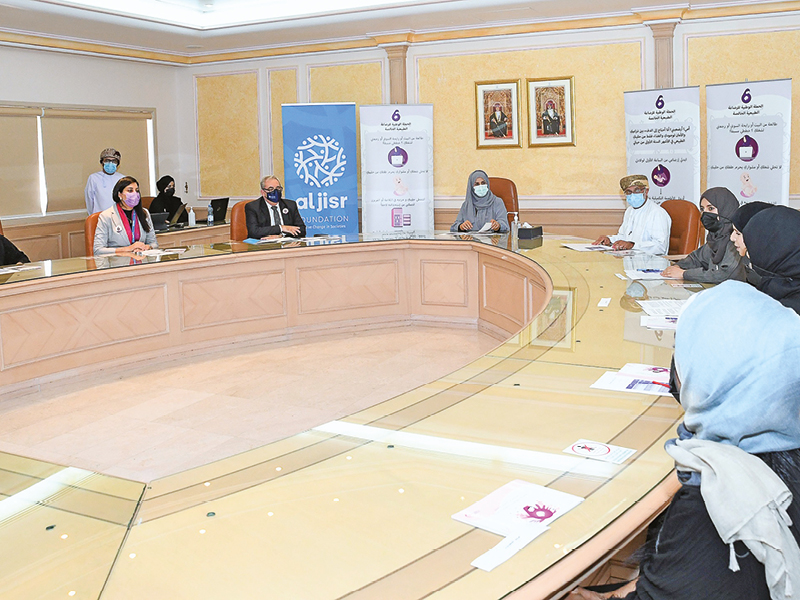 The Ministry of Health (MoH), represented by the Directorate General of Primary Health Care (Nutrition Department), on Monday launched a National Campaign for Breastfeeding.

The campaign was launched in collaboration with World Health Organization (WHO) and Al Jisr Foundation.

The virtual launch ceremony was held at the ministry’s headquarters under the auspices of H E Dr Fatima Mohammed al Ajmi, MoH’s Undersecretary for Administrative, Financial and Planning Affairs.

The campaign aims to raise awareness on the importance of breastfeeding and to increasebreastfeeding in the first six months of a child’s life up to at least 50 per cent by 2025 in the sultanate in alignment with WHO’s recommendations to achieve global nutrition targets.

It also aims to reduce morbidity and mortality rates of children under five years of age.

Dr Said al Lamki, director general of Primary Health Care, highlighted the significant role being played by the Nutrition Department, and stressed that mother’s milk is the optimal food for babies  as it contains essential nutrients that enhance immunity and resistance to disease.

Dr Jean Yaacoub Jabbour, WHO’s representative to the sultanate, stressed that through the Nutrition Action Plan (2016–2025), the United Nations has expressed its concern that nearly two children out of three under six months of age are not breastfed.

He added that less than one child out of five is exclusively breastfed for 12 months in high-income countries.

Furthermore, two children out of three, aged between six months and two years, are breastfed in low and middle-income countries.

The one-year campaign will be run in various forms, including awareness activities inside and outside health institutions, lectures in health facilities, intensified awareness messages on breastfeeding, as well as breastfeeding consultations in all of the sultanate’s hospitals.