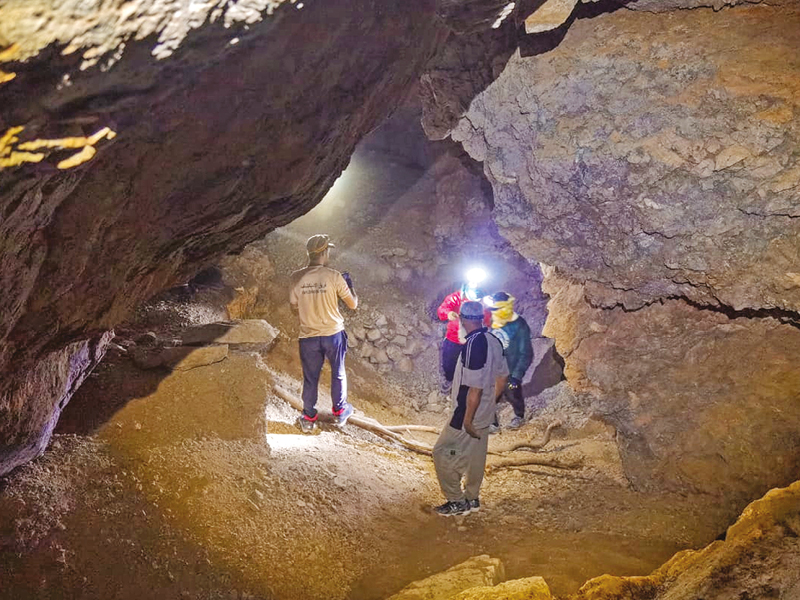 A group of adventure enthusiasts recently discovered a new cave in the Al Khatam mountain in the wilayat of Amerat, adding to Oman’s list of subterranean treasures.

This particular cave has two narrow entrances and a copper mine. The cave was discovered by the newly formed Exploration Team consisting of six members.

Speaking to Muscat Daily, Badr al Jardani, leader of the team, said, “The cave has a number of chambers and corridors, and inhabited by bats.”

He noted that there are paved paths around the cave suggesting human activity – probably mining – was conducted in the area. The area includes furnaces for melting copper, smelters and pottery.

“Our group was established in March 2020 and we aim to explore caves spread across Oman and encourage caving as a sport. We are keen to explore archaeological and tourist sites, and promote domestic tourism,” Jardani said.

Dr Mohammed al Kindi, a geologist who visited the cave in Amerat, said, “These caves are man-made. The amount of copper in the cave is not large now. Copper was formed in the cave due to the release of hot fluids – 100C to 200C – from a depth of 5km of the earth.”

The presence of copper suggests there was widespread trade in the region for hundreds of years.