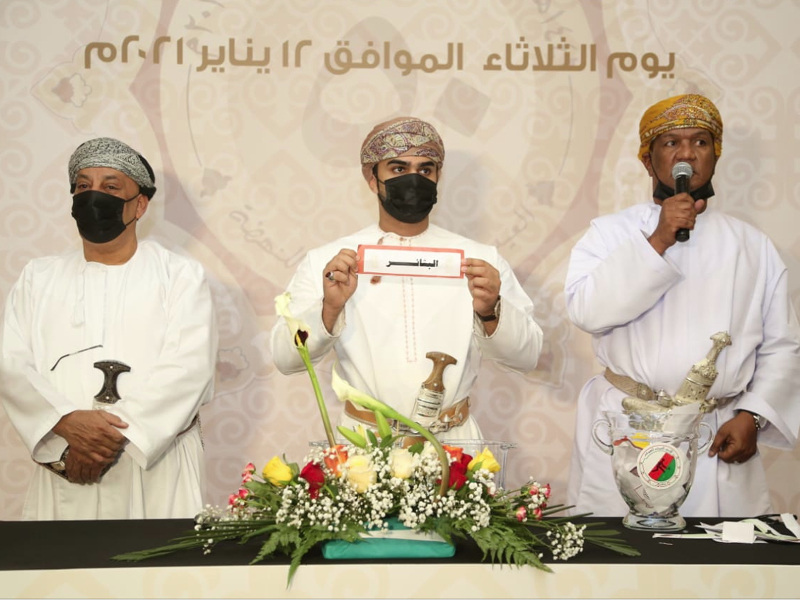 The oldest domestic tournament in Oman – His Majesty’s Cup Hockey Championship – has a glorious history and has stood witness to some of the most exciting and memorable matches, clubs’ rivalry, individual brilliance, foreign stars, fans’ love and fury.

As Oman Hockey Association (OHA) gets ready to host the 50th edition of the prestigious championship, which was scheduled to be held last year, a sense of excitement is seen among the sultanate’s hockey fraternity as action resumes after a gap of nearly nine months.

HM’s Cup Hockey Championship was due to celebrate its 50th year of its inception in 2020 but coronavirus pandemic forced the organisers to postpone the tournament. The rescheduled event now gets underway on January 28.

The draw of the GoldenJubilee edition was held on Tuesday night at Hotel InterContinental Muscat with 15 clubs, one of the largest field in recent times, confirming their participation.

H H Sayyid Firas bin Fatik al Said was the chief guest at the ceremony and he picked up the draw of lots in the presence of Talib al Wahaibi, the Oman Hockey Association (OHA) president, senior board officials and representatives of the clubs.

The teams from across the sultanate have been drawn into four groups with the top-two teams from each group advancing to the final round, which begins on February 22.

The top-eight teams from the first round will be determined by February 13. The eight teams will then be divided into two groups with top-two teams from each group moving into the semifinals.

The winner of Group A will meet  the runner-up of Group B and Group B topper will lock horns with Group A second-placed team. The winners of the semifinals will vie for the trophy.

Defending champions Al Nasr from Salalah is pooled along with Dhofar, Al Ittihad and Salalah in Group Two and will launch their campaign for the title defence against Salalah on January 29.

Teams from each region have been grouped together with three venues – Salalah, Sohar and Muscat – to host the matches. Group One comprises Majees, Al Salam, Sohar and Suwaiq and the quartet will be in action at the Sohar Sports Complex. Both Majees and Al Suwaiq are making a comeback into the tournament.

Group Three comprises 11-time champions and title favourites Ahli-Sidab, Muscat, Al Bashayer and Nizwa. Muscat and Bashayer are also making a return to the competition after a long break.

Ahli-Sidab take on Nizwa in their opening clash on January 28.

Yet another heavyweight and multiple title-holders Seeb have been drawn with Quriyat and Bausher in Group Four.

As there are only three teams in this group, the opening match will be held on January 30 between Seeb and Quriyat.

Sultan Qaboos Sports Complex in Muscat will play host to the matches of Group Three and Four.

Meanwhile, speaking to Muscat Daily after the draw, OHA official Shakir Munir said all the players and officials will have to undergo a PCR test and modalities are being worked out with a leading private hospital to ink a deal soon.

In the 49th edition final played in December 2019, Al Nasr  dethroned Ahl-Sidab to dash the latter’s hopes for a record-breaking 12th title. Both Ahli-Sidab and Seeb share the record of 11 titles each while Al Nasr have won it eight times.

The winner of the prestigious competition receives a glittering trophy and a cash award of RO40,000 while the runner-up team gets RO25,000 with the third-placed club taking home RO15,000.

At the last edition, OHA had also introduced the VAR (video assistant referee) for the first time in domestic competition.