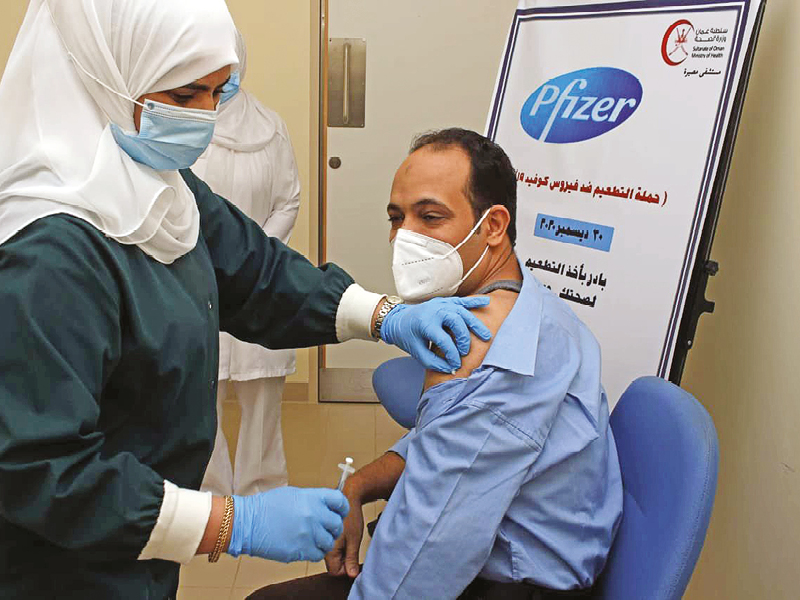 Oman is catching its breath after a punishing year of the COVID-19 pandemic, with daily infections and death toll reducing significantly. Public health authorities, however, have warned against easing of preventive measures.

For the first time, no COVID-19-related deaths were reported in Oman in two days in a row on Tuesday. Oman had reported no virus-related death on January 5; in the first 12 days of the year, the total of nine succumbed to the virus.

Even as Ministry of Health (MoH) figures indicate a recovery rate of 94.1 per cent in Oman, far higher than the world average, the latest infection figures also reflect a downward trend in recent weeks with less than 200 daily cases during the past few weeks.

Warning against lowering guard against the virus, Dr Sulaiman al Shereiqi, senior specialist in public health, MoH, said, “Until the time health authorities announce that there is no need for public health measures, we should all follow them strictly. We all hope that soon we will have sufficient vaccine coverage of high-risk groups followed by the lower-risk individuals to the point of reaching herd immunity in the public. That will stop the transmission of infections and control the disease. But we must also bear in mind that such viruses are known to mutate and re-emerge in new forms, a challenge that may require development of new vaccines.”

According to Dr Shereiqi, he can’t emphasise enough the need to remember the lessons of the past year. “We shouldn’t forget them once this pandemic is over, especially the habits we cultivated of washing hands with soap and water frequently and wearing masks.”

Meanwhile, as many as 18,287 people have been vaccinated against the virus in Oman. The MoH has stated that of the total, Muscat governorate has the highest number (7,090) of recipients, followed by North Batinah (2,858).