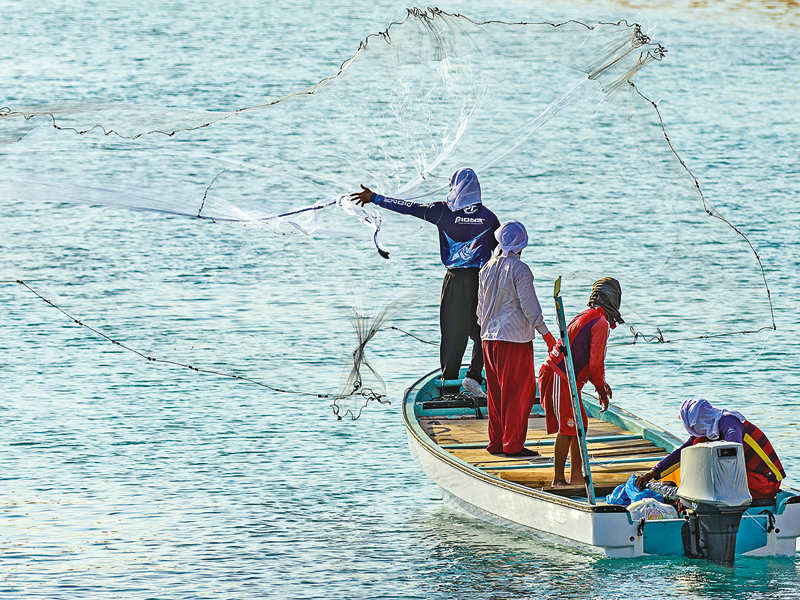 As part of its efforts to boost the country’s national income, the Ministry of Agriculture, Fisheries and Water Resources is aiming to reach a fish production target of 1.34mn tonnes by 2025.

Dr Abdulaziz bin Saeed al Marzouqi, director general of Fish Resources Development, said that he expects the fisheries sector’s contribution to the GDP will reach RO387mn by 2025, and that 8,509 direct jobs will be created by the same year, with investments estimated at about RO447mn.

He added that the ministry opened the Fisheries Laboratory in 2017, and with it announced more than 90 initiatives and projects that include three main activities – commercial and artisanal fishing, fish farming and processing and export.

The sultanate’s fish production contributed RO276mn to the GDP until October 2020, according to the ministry.

The ministry said the total quantity of fish landed in the sultanate was 608,000 tonnes at the end of October.

The National Centre for Statistics and Information said artisanal fishing accounted for 96 per cent of the sultanate’s total fish production in 2019.

Meanwhile, the ministry said it is planning to set up four fish collection centres in Al Wusta, South Sharqiyah and Dhofar governorates and a veterinary quarantine centre for livestock in Buraimi.