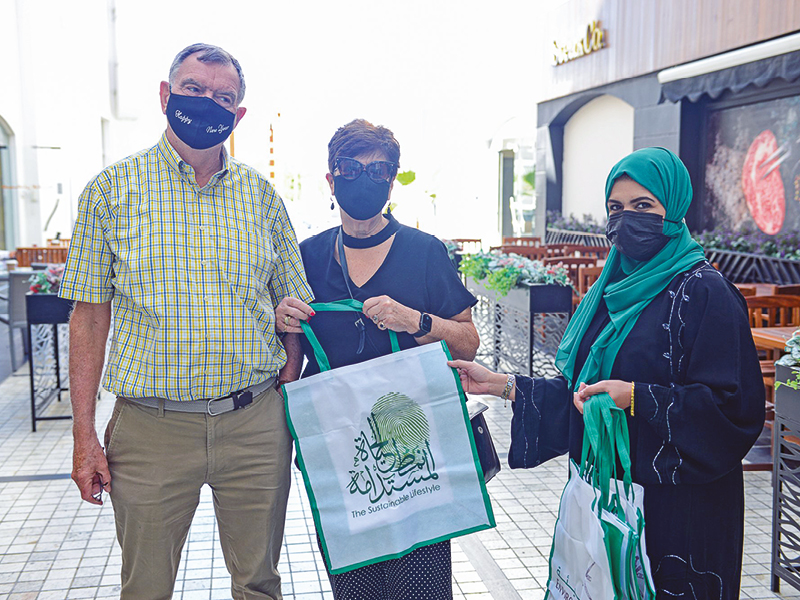 As part of its efforts to spread awareness on the importance of using environmentally friendly plastic bags, the Environment Authority has launched a campaign to distribute more than 10,000 eco-friendly bags among community members.

An official at the Environment Authority said the move to distribute multi-use bags is meant to encourage citizens and residents to pay more attention to the environment.

The campaign began on Sunday with the distribution of over 4,000 bags in various governorates of the sultanate.

“Multi-use bags are an option. The multi-use eco-friendly bags are made of cloth, paper or other organic materials. These bags can be used over hundreds of times, while the plastic shopping bags are used only once and take more than a thousand years to degrade,” the official said.

For the awareness campaign, the authority has cooperated with several bodies such as the Ministry of Agriculture, Fisheries and Water Resources, the Consumer Protection Authority, and the Ministry of Commerce, Industry and Investment Promotion, added the official.

The Environment Authority banned the use of single-use plastic bags in the sultanate from January 1, 2021. It has informed that the violators of the decision are liable to pay a fine of no less than RO100 and no more than RO2,000. The fine will double in case of a repeat violation.