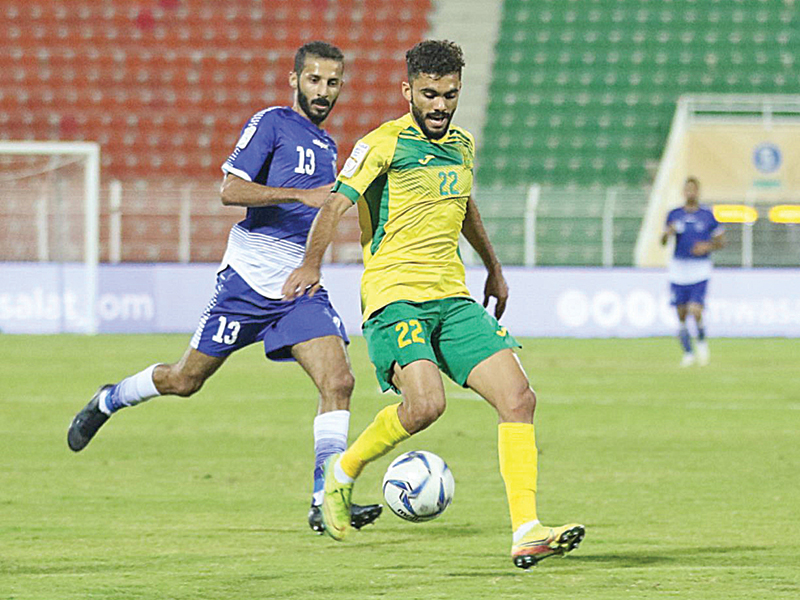 Defending champions Seeb continued their impressive run in the 2020-21 Omantel League season as they routed Saham 3-0 at the Sohar Sports Complex for their third successive victory.

The resounding victory, courtesy a brace from striker Salah al Yahyaei, kept Seeb at the top of the table with 13 points from five games.

The champions had begun their new season with a 4-0 win against Mussanah on December 17 but were held to a goalless draw by promoted Al Ittihad in their second game of the league.

However, since the draw on December 22, Seeb have been relentless and have notched up three successive wins, beginning with a 3-0 win over Nizwa, then edging past Sohar 1-0 last week before Tuesday’s win.

Also winning on Tuesday was Al Rustaq, who earned a hard-fought 2-1 win over Sohar at the Rustaq Sports Complex. Rustaq is third in the standings with nine points. And in the third game of the day, Muscat were held to a 1-1 draw by the visiting Al Ittihad team at the Seeb Sports Complex.