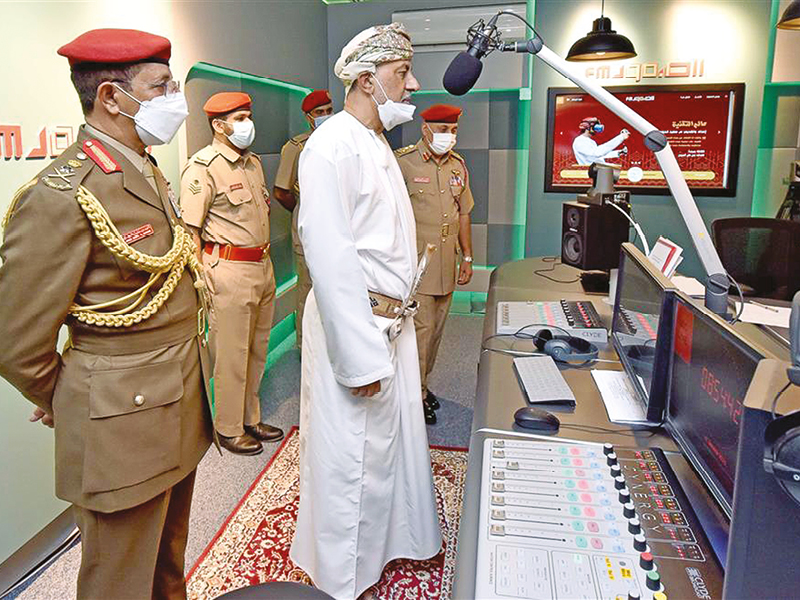 With the blessings of His Majesty Sultan Haitham bin Tarik, the Ministry of Defence and the Sultan’s Armed Forces celebrated the official launch of As-Sumood Radio on Monday.

The ceremony, held under the auspices of Sayyid Shihab bin Tarik al Said, Deputy Prime Minister for Defence Affairs, included a presentation on the new radio station, its programmes, daily transmission sessions and the national objectives it is expected to achieve.

Sayyid Shihab unveiled the plaque of As-Sumood Radio and inaugurated its electronic app. Then, the Royal Army of Oman’s band played the Royal Anthem marking the official opening of the radio station.

He later gave a speech on the occasion in which he expressed delight at the launch of AsSumood Radio.

He pointed out that the radio station is “a window that serves the overall goal of local Omani media. It seeks to upgrade the standard of media messages in serving the national aspirations”.

The Royal gesture reflected His Majesty the Sultan’s recognition of the sacred role undertaken by his armed forces and it came as reaffirmation of His Majesty’s attention to all personnel of the armed forces.

It was announced then that the radio will be launched on January 11, 2021. ‘As-Sumood Radio will be yet another channel through which the sultanate will highlight the nobleness of national duty and the sacred mission entrusted to the SAF as they defend the country and safeguard its achievements.

‘This podium of media will be yet another channel through which the sultanate will incarnate the noble national duties and sacred missions entrusted to the Sultan’s Armed Forces as they defend this dear country and safeguard its modern achievements and its glorious patrimony.’