Rawahi gearing up for MERC opener 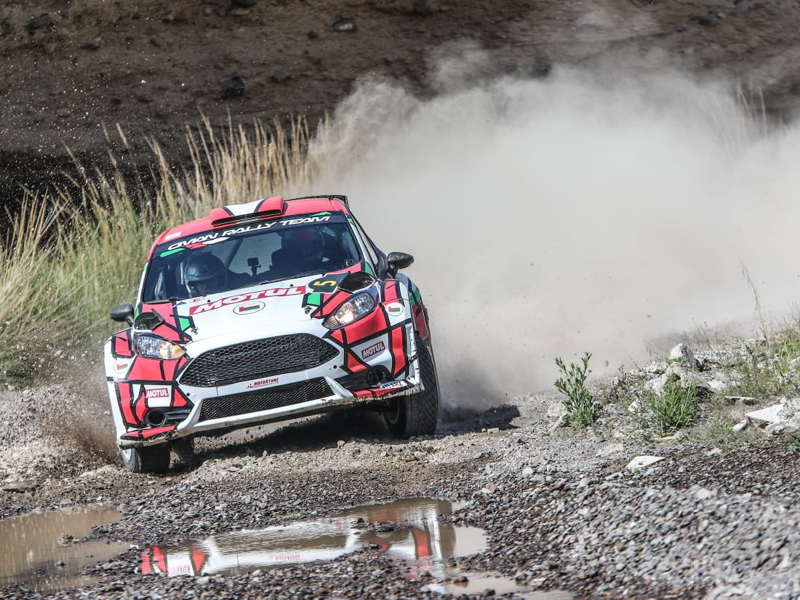 It is not just about negotiating the tough terrains and sandy tracks or fighting mechanical issues. It is also not about fixing tyre punctures or realising that his team is facing funding issues to get his car ready. Oman’s promising rally driver Abdullah al Rawahi, these days, has to also spend hours studying to finish his graduation examinations. And in all these instances, Rawahi’s aim is simple – to try to come out with flying colours.

The 23 year old Omani did the sultanate proud last year when he became the overall runner-up in the 2020 FIA Middle East Rally Championship (MERC), finishing behind Qatar’s rally legend and record 16-time winner Nasser al Attiyah, who is currently busy competing in the gruelling Dakar Rally in Saudi Arabia.

Along with his study schedule, Rawahi is also gearing up for the opening round of the 2021 FIA MERC, which begins with the Qatar International Rally in Doha from January 28-30.

Rawahi, who has confirmed his participation in the Qatar International Rally, admitted that this season will be tough as all eyes will be upon him and his co-driver Atta al Hmoud of Jordan after their overall second-place finish in MERC.

“I am right now having a hectic schedule to complete my final year exams. Despite the pressure of my studies, I am preparing for the Qatar International Rally, which will be held in Doha later this month. It is a tough balancing act as I need to do rally simulation, fitness training and studies,” Rawahi told Muscat Daily on Monday, when details of Qatar rally route were unveiled by the organisers – Qatar Motor and Motorcycle Federation (QMMF).

The opening round will be more compact and with a slightly more competitive distance than the last event that was staged before the COVID-19 pandemic in 2019.Qatar International Rally Clerk of the Course Pedro Almeida said, “All the stages have been organised in the Al Khor area, some 40km north of the Lusail Sports Complex, where the rally will be based.”

The start ceremony will be held at Katara on January 28 where QMMF officials are also planning to host a brand new opening four-kilometre super special stage on Katara Beach in the night. The Eraida (20.13km) and Al Thakira (20.34km) special stages are well known to competitors and will be run twice on leg one (January 29).

The Al Khor special (18.30km) has also been used before and is a highlight of leg two. Both the QMMF (22.02km) and Ras Laffan (21.39km) stages are completely new and also fit into Saturday’s (January 30th) itinerary. They, too, are repeated in the afternoon and may provide an exciting sting in the tail for entrants on the final day.

With the blockade between Qatar and neighbouring Saudi Arabia, Bahrain and the United Arab Emirates lifted, the QMMF is hopeful that entrants from many of the GCC countries will support the MERC opener.

Potentially boosting the entry, both this year and in the future, is the news that the FIA has permitted homologated T4 production vehicles to tackle gravel rounds of the MERC in Qatar, Oman, Jordan, Cyprus and Kuwait. Eligible vehicles must have an FIA technical passport.