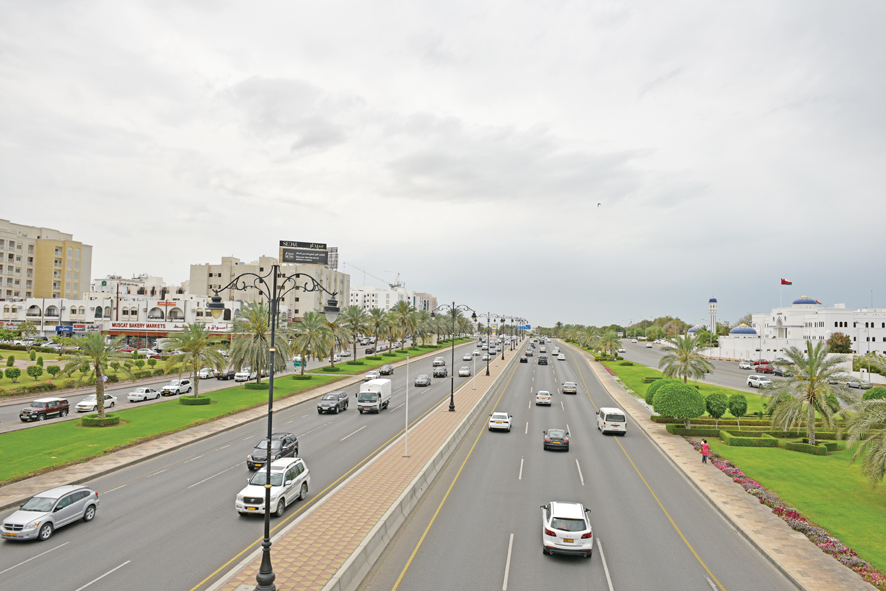 Oman’s tenth five-year development plan aims to achieve an annual real GDP growth of minimum 3.5 per cent during the five years period of the plan.

The dual shock of the coronavirus pandemic and sharp declines in oil prices hit Oman’s economy hard last year. The measures to contain the spread of the virus led to a sudden decline in economic activity and lower oil revenues resulted in an increased budget deficit for the year 2020.

To soften the economic blow of the COVID-19 crisis, the sultanate’s government implemented a range of appropriate measures, including a stimulus package, various monetary relaxations for individuals and companies, and injection of liquidity into the banking system.

The twin-shock – COVID-19 and lower oil revenues – placed an urgent spotlight on Oman’s fiscal situation and economic outlook and the government spared no effort to address this challenging situation by implementing reforms and development plans to ensure a sustainable recovery.

As we entered the new year, the sultanate announced its tenth five-year development plan (2021-2025) with the objective to achieve sustainable economic growths and development in a post-pandemic world. This new five-year plan is the first plan within Oman’s Vision 2040 which derives impetus from the Royal patronage and wise directives of His Majesty Sultan Haitham bin Tarik. Hence a new era commences, proclaiming a qualitative shift in the sultanate’s development march.

‘The preparation of the tenth five-year development plan has been made in adverse, exceptional conditions, including the slump in international oil prices and the coronavirus pandemic,’ the Ministry of Economy said in its statement on the new five-year plan.

As per the statement, the tenth five-year plan seeks to ‘achieve a number of economic and social priority goals with the prime aim of activating the economy, developing macroeconomic environment, upgrading the performance of general finances, realising the rationalisation of public spending and espousing expandable, a well-disciplined financial policy that achieves sustainable growth rates’.

Oman’s tenth five-year development plan aims to achieve an annual real GDP growth of minimum 3.5 per cent during the five years period of the plan. The plan also targets increasing investment rate to 27 per cent of GDP during the years of the plan and working to raise the efficiency of investment. This new plan also aims to increase foreign direct investment (FDI) in oil and non-oil sectors to 10 per cent of GDP by 2025.

This tenth five-year plan focuses on economic diversification mechanisms and raising the contribution of non-oil activities to the sultanate’s economy. It aims to achieve a 3.2 per cent annual average growth in non-oil GDP by focusing on promising economic sectors – high-tech converting industries, agriculture, fisheries, food processing, transporting, storage and logistics. The new plan also targets to set up the necessary infrastructure for the acceleration of private investment and the execution of major strategic projects and public-private partnership (PPP) projects.

The sultanate’s general budget for 2021 is the initial budget under the tenth five-year plan and it paves the way for implementing Oman’s Vision 2040 under the leadership of His Majesty.

Oman targets to further reduce government spending in 2021 as the sultanate’s government seeks to trim its widening budget deficit amid the coronavirus pandemic and weak oil prices. The sultanate’s general budget for the year 2021 estimates total revenues of RO8.64bn and is based on an average oil price assumption of US$45 per barrel.

As per the Ministry of Finance’s statement, Oman’s new state budget estimates the government spending to decline to RO10.88bn in 2021, a reduction of 18 per cent from the approved spending of RO13.2bn in the 2020 state budget.

This year’s budget estimates a lower deficit of RO2.2bn, which is equivalent to 8 per cent of the country’s GDP.

Moreover, the Medium-Term Fiscal Plan (2020-2024), which has been endorsed by His Majesty, aims at achieving fiscal sustainability and striking a balance between revenue and expenditures by the end of 2024. The plan also seeks to create favourable conditions for Oman’s Vision 2040.