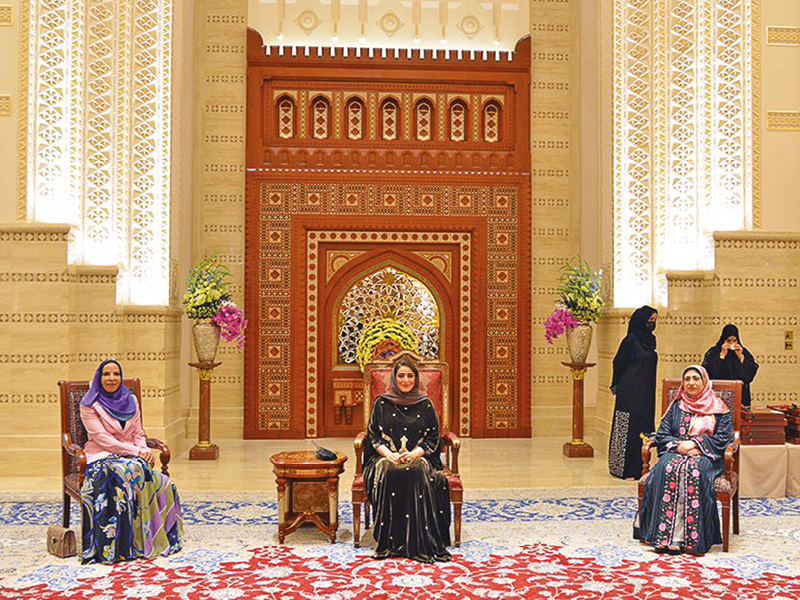 For a nation to progress, both men and women must prosper in a society that provides equal opportunities. Discrimination on the basis of gender is not only inhuman but also retards the economic, social and psychological growth of a nation.

Ever since His Majesty Sultan Haitham bin Tarik took oath of office, he was aware of the immense potential and possibilities that the half of the population can provide for development; in a short span of 12 months, he has left no stone unturned to continue to provide the best to the women of Oman.

On the occasion of Omani Women’s Day, His Majesty Sultan Haitham awarded the Royal Commendation Medal to five Omani women for their contribution to the nation.

The Honourable Lady, Spouse of His Majesty the Sultan, presented the medals at Al Barakah Palace on October 17, 2020.

The Honourable Lady, Spouse of His Majesty the Sultan, also honoured 50 other Omani women who have played a significant role in the country’s development and for their achievements in their field of work.

She said that there is no doubt that dedicating this day every year to the Omani woman highlights her achievements, shedding light on her remarkable contributions, spreading awareness of her prominent role and her high position and enhancing her aspirations for a bright future for the country.

”This came as a result of the generous support and patronage of the Late His Majesty Sultan Qaboos bin Said,” she said.

“Omani women, over the past 50 years of the Blessed Renaissance, have received ample attention, care and honour. They have got the education, training and employment opportunities to actively participate in the development process of Oman to keep the sultanate in line with other countries of the world,” she added.

Complementing this approach, His Majesty Sultan Haitham is keen to establish the principle of partnership and social responsibility between women and men in Omani society.