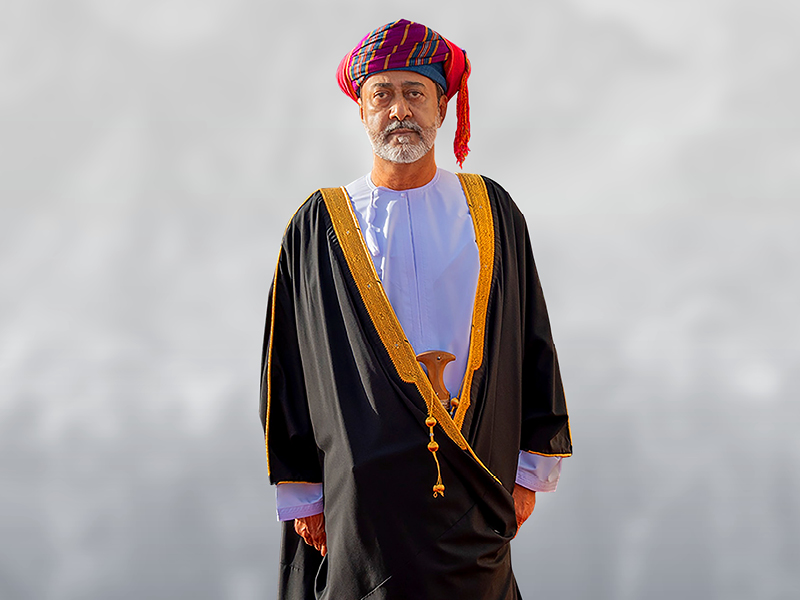 One year after his inaugural speech on January 11, 2020, His Majesty Sultan Haitham bin Tarik is making good on his pledge to continue the legacy of the Late Sultan Qaboos bin Said. It is now clear how he seeks to shape Oman in a new era.

In his first speech on January 11, 2020, His Majesty Sultan Haitham bin Tarik, said, “The trust thrust on our shoulders and the resultant immense responsibilities require us all to work together for the sake of our country’s magnificence, with a persistent resolve to promote it to the loftiest levels. This cannot be realised without your support and cooperation and combination of all efforts to achieve the desired supreme national goal. Your contribution to enrich all efforts of progress, development and prosperity will be highly appreciated.”

In August, His Majesty the Sultan announced his new Council of Ministers. He removed more than five government councils and merged more than ten ministries. This consolidation may be a way to decrease capital expenditure at a time of fiscal constraints but the main aim has been to streamline government operations.

To boost Oman’s economy, His Majesty the Sultan reinstated the Ministry of Economy, which was abolished in 2011. This reflects his focus on reforming economic policies. He also merged sovereign investment funds.

On the occasion of the 50th National Day, His Majesty the Sultan said, “Within the context of supporting the government’s ability to meet the requirements of Oman Vision 2040, we embarked on developing the state’s administrative apparatus, restructured the Council of Ministers and entrusted to it the responsibility of implementing the forthcoming development plans. The overall aim is to enhance government performance and competence.”

During the year, His Majesty the Sultan also issued directives to expedite the implementation of the National Unified E-Government Portal to serve as a composite platform incorporating all government services. He also issued directives to top government officials and governors to hold regular meetings, in the presence of walis, with sheikhs, dignitaries and citizens in their respective wilayats to study the need of services and development projects and hear their opinions about service plans and programmes in their governorates.

On the foreign front, His Majesty the Sultan reaffirmed the pursuance of a permanent stand of Omani foreign policy based on good neighbourliness, friendship and cooperation with all. His Majesty the Sultan also reiterated the sultanate’s principle of neutrality and non-intervention in the internal affairs of others.

In his first public address as head of state, His Majesty the Sultan promised to uphold his predecessor’s foreign policy. “We will follow the same line as the Late Sultan, and the principles that he asserted for the foreign policy of our country – of peaceful coexistence among nations and people, and good neighbourly behaviour of non-interference in the affairs of others.”

In line with his efforts to redirect the sultanate’s financial resources and prioritising fiscal balance, in October 2020 His Majesty the Sultan approved the Medium-Term Fiscal Plan (2020-2024). The plan aims at achieving a fiscal balance between the state’s revenues and public spending by the end of 2024, and preparing the financial conditions that support the launch of Vision 2040.

The State General Budget for fiscal year 2021 focused on guaranteeing sustainability of the basic social services and maintaining a spending level no less than 40 per cent on social services. Presiding over the Council of Ministers’ meeting in December, His Majesty the Sultan affirmed that he had followed up the preparatory stages of the 10th Five-Year Development Plan (2021-2025), the State General Budget for fiscal year 2021, and the initial executive plan of the Oman Vision 2040.

Stemming from His Majesty the Sultan’s keenness to identify the requirements of the educational sector and providing a supportive climate for education, he issued a Royal Directive in November 2020 to the Diwan of Royal Court to finance the construction of six schools at a cost of RO8.85mn.

His Majesty the Sultan has won the hearts of citizens and residents for what he has achieved in such a short span of time.