Al Mussanah on a roll 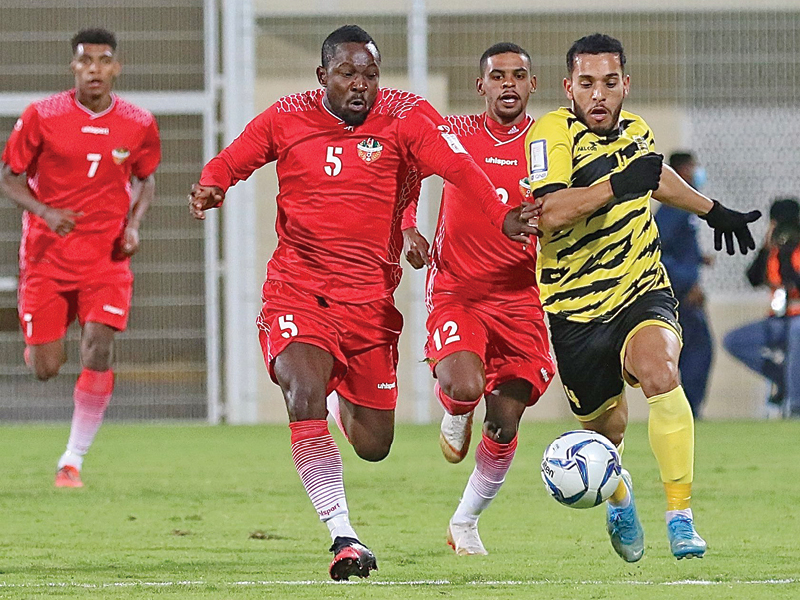 The early rounds of the 2020-21 Omantel League have witnessed a strong showing by unfancied Al Mussanah Club, which made their return to the top-flight domestic football after a gap of four years.

Mussanah had managed to earn a berth in the new Omantel League season after earning a narrow 1-0 win over favourites Al Shabab in aplayoff to determine the third and last team from the Oman Football Association (OFA) First Division to be promoted.

The team’s return to the top-flight began on a disappointing note as they took on defending champions Seeb in their opening clash with the latter running away as easy 4-0 victors.

However, unfazed by the setback, the team has regrouped remarkably under Tunisian coach, Abdel-Halim El Warimi, and has come out stronger with their performances in the last three matches. The club has sent out a strong signal to the rivals that they are here in the top-flight league to make a mark, though it is still too early in the season.

On Friday, up against a strong and fancied Al Suwaiq Club, Al Mussanah recorded their third consecutive win (1-0) to climb to the second spot in the Omantel League table with nine points, just a point behind leaders Seeb, who continue to remain unbeaten in the new season.

Mussanah’s comeback journey began with a 1-0 win over fellow promoted side and 2019-20 OFA First Division champions Nizwa 1-0 five days after they had suffered a hammering at the hands of Seeb on December 17.

The win against Nizwa gave the team the much-needed boost and they were at their attacking best as they trounced Saham 5-1 to end the year with two back-to-back wins.

And on Friday, Mussanah resumed their league campaign on a winning note with a win over neighbours Suwaiq, a club that havea strong history in top-flight league with four titles and three His Majesty’s Cup crowns.

The Omantel League resumed on Thursday after a nine-day break for the opening round of the His Majesty’s round-of-32 competition. Leaders Seeb continued to stay unbeaten with a hard-fought 1-0 win over Sohar at the Sohar Sports Complex on Thursday. The all-important goal was scored by their in-form striker Abdulaziz al Miqbali, who converted a spot kick in the 30th minute of the match.

With the latest victory, Seeb stay on top with ten points and are followed by Mussanah (9) and Al Nasr with eight.

Al Suwaiq, despite the loss are at fourth place with seven points and record 11-time champions Dhofar are at fifth with six points despite winning all their four games so far.

Dhofar began the season with minus six points following OFA sanctions against them, Al Nahda and Saham clubs.

In the other matches played on Thursday, Al Nasr edged past Oman at Saada Sports Complex by a solitary goal, scored by Hamed al Habsi. And Saham opened their account in the new season with a 2-1 win over Nizwa at the latter’s home ground.

Despite the victory, Saham remain rooted at the bottom of the 14-team table with minus three points. On Friday, Al Nahda, the third club to be docked six points, drew with Bahla 1-1 to make it minus two points for them.

Also on Friday, Dhofar’s winning streak continued with a 2-0 win over Muscat while Al Rustaq were a 2-1 winner over Al Ittihad in their away game at Saada Sports Complex to be placed seventh with six points.

Standings after round four: