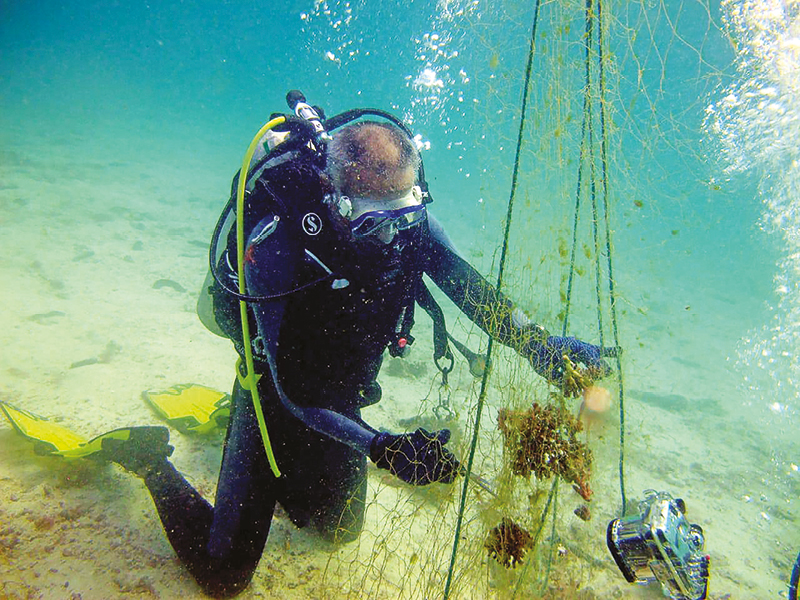 The sultanate, represented by the Environment Authority (EA), will mark Omani Environment Day observed every year on January 8. The day has been celebrated since 1997 on the directives of the Late His Majesty Sultan Qaboos bin Said to boost the efforts aimed at protecting the environment in Oman and conserving the ecosystem and natural resources which form a key pillar of sustainable development.

The EA has launched several initiatives to spread awareness on the importance of preserving the environment, including planting mangroves, a project to plant 10mn wild trees, cleaning up coral reefs in various parts of the sultanate, and banning the use of single-use plastic bags.

To increase green cover and plant wild trees, the EA in cooperation with Petroleum Development Oman (PDO) launched a national initiative to plant 10mn wild tree saplings in the next ten years. The authority has informed that the wild tree varieties will include ghaf, al samar and sidr and that nurseries are being set up to produce saplings for the purpose.

The EA will form working groups to collect seeds in cooperation with local communities in order to facilitate planting 10mn saplings.

In the last two decades, the EA has planted mangrove seedlings in different parts of the sultanate to sustain the natural world.

Speaking to Muscat Daily, an official at EA said, “The mangrove plantation campaign is being conducted in several areas of the sultanate. The authority conducts several awareness campaigns among members of the community on the importance of mangroves and their benefit to humans. It also discusses the main factors for the growth of this type of trees and the threats and dangers faced by them.”

He added, “The campaign was part of a project which started in 2001 and aims to plant 1mn seedlings of mangrove trees on the sultanate’s coasts. The authority has already planted about 680,000 saplings in 30 khors in various coastal areas.”

The official said the authority also opened four nurseries to produce mangrove seedlings. “Two of them are in Qurm Nature Reserve in Muscat, while the others are in Khor Batah in Sur in South Batinah, and Qurm Grand Reserve in Salalah in Dhofar governorate.”

In order to preserve the environment from the harmful affects of plastic waste, the sultanate decided to ban the use of single-use plastic shopping bags from January 1, 2020.

According to the EA, the ban came after a thorough study involving the participation of all stakeholders. Most of the waste in Oman comprises single-use plastic bags. Single-use plastic bags are being replaced by eco-friendly bags made of cloth, paper or other organic materials and can be re-used multiple times.

The Environment Society of Oman (ESO) carried out several conservation projects, awareness campaigns and educational programmes in 2020, besides producing educational materials, including booklets, infographics and videos. Additionally, it has distributed more than 700 frankincense tree seedlings among communities in Dhofar.

Bolstered by the Summer Sea Turtle Sustainability Grant from the Turtle Island Restoration Network and SEE Turtles, which was awarded to ESO following an international public vote, the society also removed almost 200 tonnes of abandoned fishing nets from the sea around Masirah.

Founded in 2004, ESO is the only non-profit organisation in Oman that focuses on environmental conservation. Its mission is to help protect Oman’s natural heritage and influence environmentally sustainable behaviour through education, awareness and conservation.

The society continues its efforts with various bodies, societies and individuals to protect the Omani environment, in addition to promoting sustainable environmental behaviour, and raising awareness about the importance of protecting the local environment and preserving its resources for future generations.

To celebrate Omani Environment Day observed on January 8, more than 25 divers will undertake a coral reefs clean-up exercise in the wilayat of Suwaiq, North Batinah governorate, in cooperation with the Environment Authority.

The divers have conducted similar activities on previous occasions of the Omani Environment Day, and the clean-up exercise on Monday will involve volunteers from three wilayats.

Starting at 8am and ending at 10am, the divers will clean up the marine environment at depths of 15m.

“The initiative aims to rid the sea of pollutants and preserve it for the ultimate help of fishermen. Through this effort, the team also aims to spread awareness on the importance of preserving the marine environment in the community,” Amri said.

“We hope fishermen abide by fishing laws. They shouldn’t discard unwanted nets into the sea,” he urged.