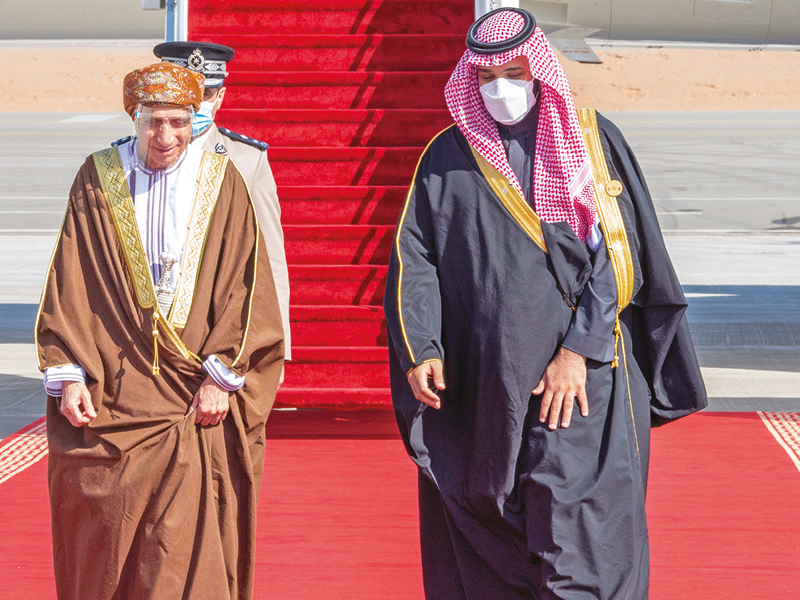 Gulf leaders signed a ‘solidarity and stability’ deal on Tuesday after the leaders of Saudi Arabia and Qatar publicly embraced, bringing Doha back into the regional fold after a three-and-a-half year rift.

“There is a desperate need today to unite our efforts to promote our region and to confront challenges that surround us, especially the threats posed by the Iranian regime’s nuclear and ballistic missile programme and its plans for sabotage and destruction,” said Saudi Crown Prince Mohammed bin Salman.

“This year, we miss two great leaders who had a significant role in supporting the joint Gulf action – Sultan Qaboos bin Said and Sheikh Sabah al Ahmad. In recognition of their great efforts over decades in the support of the GCC, King Salman bin Abdulaziz al Saud directed that this summit be named ‘Summit of Sultan Qaboos and Sheikh Sabah’. We also wish success to His Majesty Sultan Haitham bin Tarik and Sheikh Nawaf al Ahmad al Sabah in continuing the march of progress, growth and prosperity in their countries and supporting our joint Gulf action,” Prince Salman said.

The Alula Declaration “affirms our Gulf, Arab and Islamic solidarity and stability,” he told the meeting, in comments echoed by other leaders.

The details of the agreement were not immediately released, and analysts have warned that any deal could be preliminary in nature and may not immediately end all of the measures taken against Qatar.

But the warm welcome that Prince Mohammed extended to Qatar’s ruler Sheikh Tamim bin Hamad al Thani, with the pair embracing at the airport and then chatting animatedly, indicates a significant breakthrough.

Sheikh Tamim, visiting Saudi for the first time since the crisis began, was then whisked with the other leaders through Alula’s dramatic Martian landscape to the shimmering Maraya Concert Hall, a mirrored structure situated in a nearby valley. Later, Saudi state media tweeted a photo of the young Saudi de facto leader behind the wheel of his sports utility vehicle, taking Sheikh Tamim on a tour of the area.

Washington had intensified pressure for a resolution to what Doha calls a ‘blockade’, insisting Gulf unity is necessary to isolate US foe Iran as the curtain falls on Donald Trump’s presidency.

“The Trump administration will claim this as another victory for sure,” said Royal United Services Institute analyst Tobias Borck, stressing the boycott countries had not yet normalised ties with Qatar.

Some observers have warned that the UAE could be the spoiler for reconciliation attempts, having heaped criticism on Qatar in the wake of the spat. However, Prime Minister Sheikh Mohammed bin Rashid al Maktoum, who is also the ruler of Dubai, said the summit had brought unity to the region. “The changes and challenges surrounding us require strength, cohesion and real Gulf cooperation,” he tweeted.

Abu Dhabi’s Minister of State for Foreign Affairs Anwar Gargash tweeted an image of the Maraya venue, saying that “from the Hall of Mirrors in Alula, begins a bright new page”.

His Majesty Sultan Haitham bin Tarik sent a written message to the Custodian of the Two Holy Mosques King Salman bin Abdulaziz al Saud of the Kingdom of Saudi Arabia on Tuesday. The message deals with the strong bilateral relations binding the two brotherly countries and peoples and means of promoting them in various spheres.