Confusion and losses over plastic ban 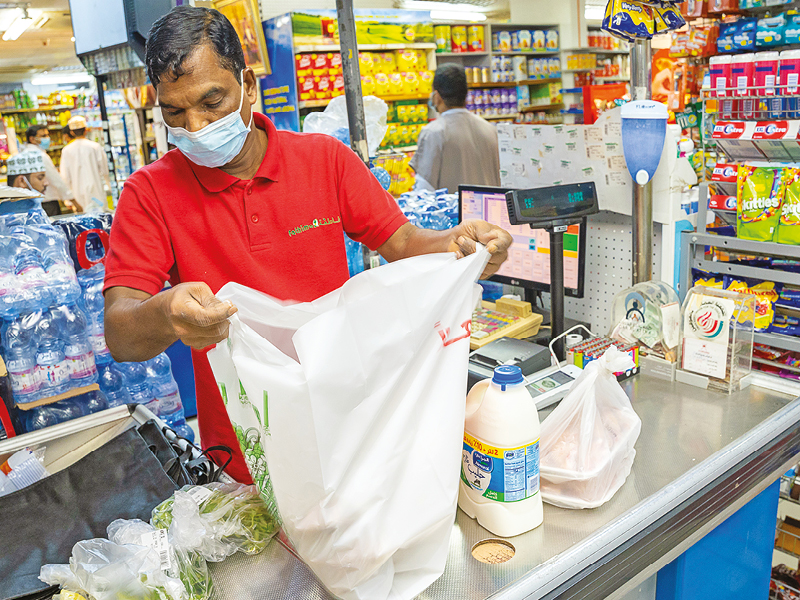 With the ban on single-use plastic bags being implemented across Oman since January 1, businesses involved in the production of plastic bags have been left confused and shackled with losses.

The decision was first announced in March 2020 and the date for implementation set on January 1, 2021. However, plastic businesses claim they were promised a substantial grace period once the authorities issued specifications for the replacement bags to be produced and sold.

A week since enforcement of the ban, specifications for alternatives are still awaited, which has resulted in significant losses for plastic bag manufactures.

According to Hussain Moosa Ibrahim al Lawati, vice chairman of Polythene & Plastic Products Company, talks between plastic bag production companies, the Environment Authority and Ministry of Commerce, Industry and Investment Promotion started in December 2019. “The plastic industry welcomed the initiative, and the authorities promised to find a win-win solution for both – companies and supermarkets.”

While describing the ban as a ‘good initiative; there is no doubt about that’, Lawati claimed it was not implemented the way it was discussed and promised. “It is causing all this chaos for plastic producing companies, supermarkets and the end-users – shoppers.”

Lawati noted that as a first step towards banning single-use plastic bags, the authorities had agreed to decide the new specifications for replacement re-usable bags. “The ban on single-use plastic shopping bags was to be announced following a decision on replacement specifications. Additionally, it was promised that after the specifications were finalised, six months to a year’s grace period would be given to clear the stocks held by companies and in supermarkets. Even today, though the ministerial decision has been implemented, we haven’t yet received the official guidelines and specifications for the alternative re-usable shopping bags.”

In a desperate measure to reduce losses, Lawati informed many companies have started producing small quantities of 50 microns shopping bags which was discussed in a meeting with the authorities.

“What was agreed in our last meeting with the authorities was that once specifications and guidelines for alternative re-usable bags were issued, we would be given a one-year grace period.

“Surprisingly, within months and without any notification, the law was announced. Almost ten months after the announcement, we are yet to receive official guidelines regarding specifications of the alternative re-usable bags.”

Farraji’s company has made huge losses. “Due to lack of clarity, we lost almost RO150,000 in business. December alone cost us RO40,000 because our clients were not confident of what bags they’d need. We could not produce anything in December and our staff sat idle without work.” Farraji added that plastic bag manufacturers had been given a verbal assurance to allow 50 microns bags. “So we started production on a reduced capacity, but as of today (Jan 6), we are yet to receive official written guidelines.”

Accepts the fact that COVID-19 pandemic restrictions and lockdowns may have resulted in delays in issuing the guidelines, Farraji said, “But they could have given us new guidelines first and a grace period of at least six months, so that we could shift smoothly to production of re-usable shopping bags as per new specifications”.

Reiterating that he’s not opposed to the ban, Lawati said, “The way it was implemented and handled caused all the problems. We believe it could have been done in a better way without harming the plastic bags producing industry.”