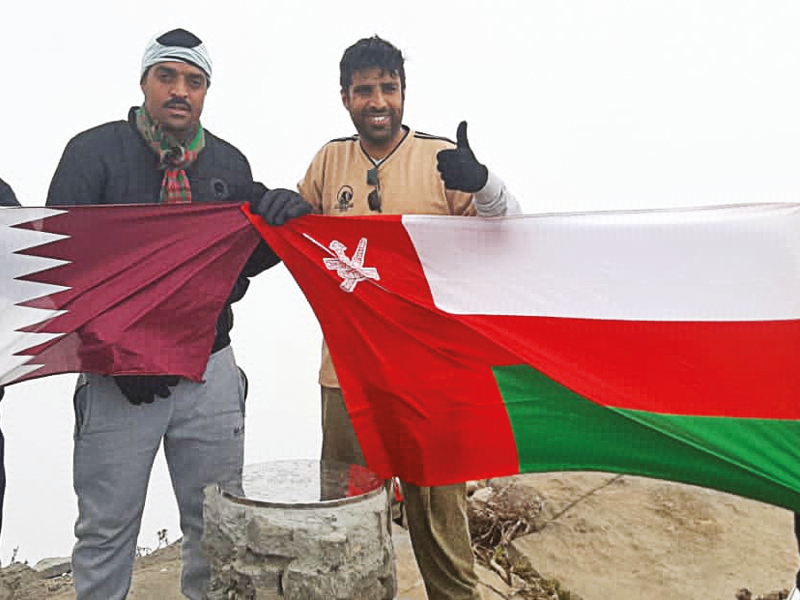 The reopening of airspace, sea and land borders between Saudi Arabia and Qatar on Monday evening was hailed by political leaders and the general public alike.

In Oman, citizens welcomed the thaw in relations between the GCC countries and the reopening of borders.

In anticipation, Hasani and a group of friends went up Jebel Shams and raised the flags of Oman, Qatar, Saudi Arabia and Kuwait, last Friday. “We thank God for Riyadh and Doha re-establishing ties. We hope the fraternal relationship between the Gulf countries will continue and integration will be achieved between them in all economic fields.”

Ali al Shayadi, a teacher, said, “The boycott of Qatar by Egypt, Saudi Arabia, Bahrain and the UAE lasted more than three-and-a-half years. Many families and people were affected by the decision. The opening of borders between Qatar and Saudi Arabia is a positive step and a historic moment in the reunification of the Gulf states and return to normalcy between brothers.”

Shayadi described the Gulf Cooperation Council as a representation of the strength and unity of Arabs. “I wish for more prosperity and progress for all the sons of the Arab nation.”

Mohammed al Alawi took the opportunity to congratulate the GCC countries on the occasion. “The GCC states enjoy close and friendly relations which are rooted in millennia-old historical contacts. The relationship has now transformed into a multifaceted and dynamic strategic partnership. The countries share common values and are firm believers in the promotion of peace and harmony. I wish the 41st GCC Summit success and pray it will be the beginning of good and peace for the Arab nation.”

Noting that all Gulf citizens have their hopes pinned on the summit for further cooperation, Said al Jabri said, “I thank God for the reopening of borders. I hope peace and prosperity prevail.”

Earlier on Tuesday, Dr Nayef Falah Mubarak al Hajraf, Secretary-General of the GCC, too welcomed the thaw between Riyadh and Doha. He said GCC leaders have always stood together to overcome the challenges faced in the march of the council.