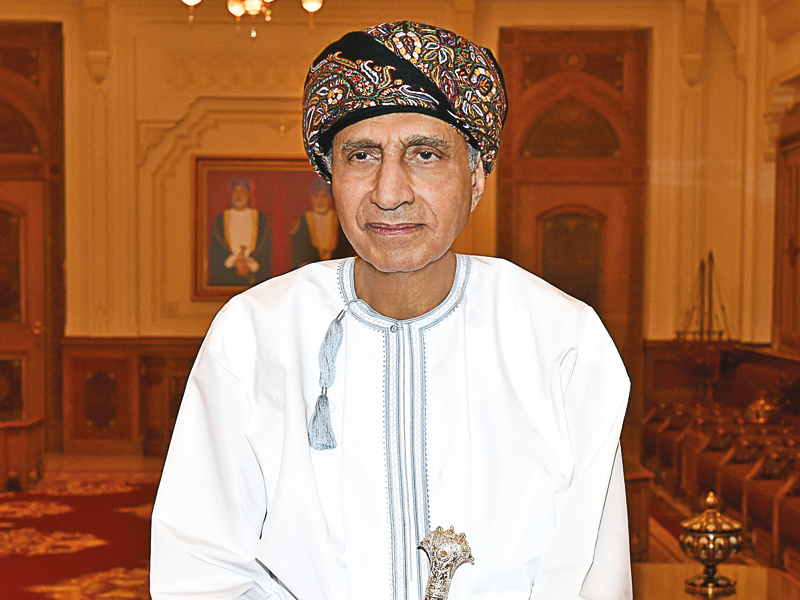 On behalf of His Majesty Sultan Haitham bin Tarik, Sayyid Fahd bin Mahmoud al Said, Deputy Prime Minister for the Council of Ministers, will leave on Tuesday for Saudi Arabia to lead the sultanate’s delegation in the 41st Gulf Cooperation Council Summit that is being held in the city of Alula on January 5.

The sultanate spares no efforts to support the GCC march, as well as all endeavours aiming at serving Arab and Islamic issues and enhancing ties of cooperation and understanding with friendly countries.

Dr Nayef Falah al Hajraf, Secretary General of GCC, said on Sunday, “The council is steadily moving towards the fifth decade of the blessed cooperation process with the grace of God and with the wisdom of the leaders of the GCC states.”

He said that the session is being held in Alula despite the exceptional circumstances currently in the world. “It confirms the keenness of the leaders of the GCC states in preserving the cooperation council as a cohesive system capable of overcoming difficulties and challenges, and strengthening its complementary path in all fields.”

The 41st Summit marks the beginning of a new chapter for the GCC as it enters its fifth decade with economic integration and cooperation being a key objective since the council’s formation in 1981, a media release from GCC Secretariat General stated.

Tucked away in the shadows of the Hijaz Mountains, Alula was once a bustling city with influence  across the Arabian Peninsula and beyond.

The summit will be held at Maraya Concert Hall, a cube-shaped structure covered by more than 9,500sqm of mirrors reflecting the striking surrounding landscape.

Inaugurated in 2019 and dubbed the ‘Mirrored Wonder’, the hall is located in Wadi Ashaar near the volcanic freeway, where it is surrounded by mountainous terrain. It can seat up to 500 guests and has hosted a number of cultural events since its opening.

Beginning in 1983, member states gradually began implementing unified GCC policies to facilitate intra-GCC businesses, such as tariff waivers for intra-GCC trade, and culminated in the creation of a GCC Customs Union in 2003, and the introduction of a unified customs tariff on intra-GCC imports.

These two landmark policies set the foundation for the establishment of the GCC Common Market in January 2008, and for the introduction of policies that granted Gulf citizens equal treatment across member states in business licensing and business activities.