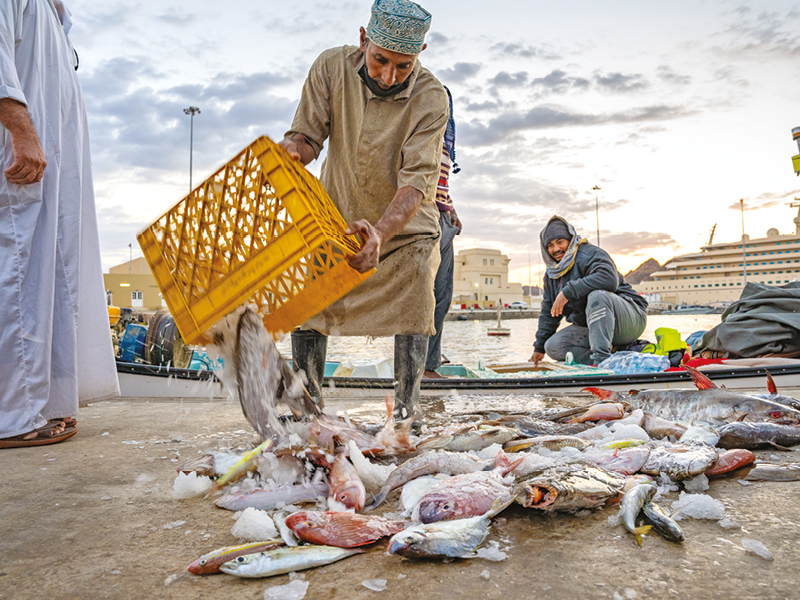 The total quantity of fish landed in the sultanate reached 607,978 tonnes at the end of October 2020 compared to 431,630 tonnes during the same period of 2019, a rise of 40.9 per cent, according to statistics released by the National Centre for Statistics and Information (NCSI).

Coastal fishing and commercial fishing contributed to about 3,183 tonnes and 24,978 tonnes of total fish landings, respectively, at the end of October 2020.

The Governorate of Al Wusta had the highest fish landings at 219,193 tonnes, followed by South Sharqiyah at 175,182 tonnes, and North and South Batinah at 68,582 tonnes.

The quantity of fish landed in Dhofar was 63,669 tonnes, and the quantity in Musandam was 27,400 tonnes. The landed quantity in the Governorate of Muscat stood at 25,790 tonnes.

Meanwhile, there was a rise in the quantity of crustaceans and molluscs by 16.5 per cent, and sharks and rays by 6.7 per cent.