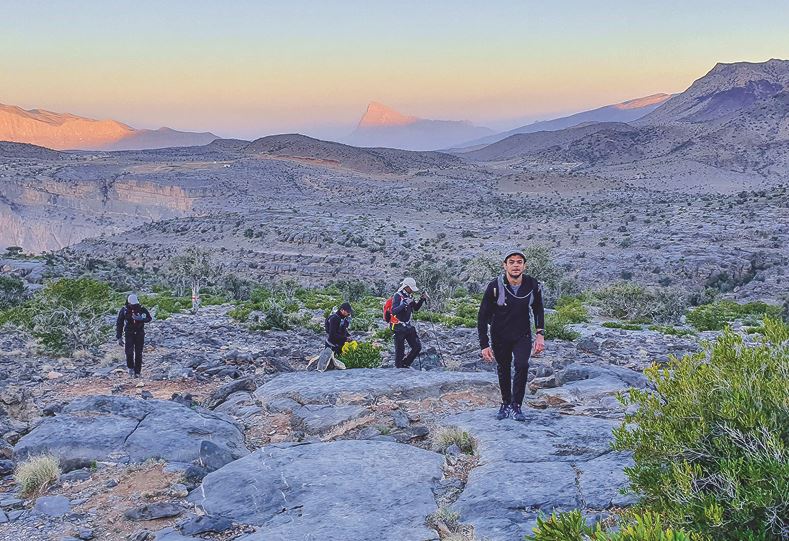 This year, the winter has got a bit chillier than usual, and if there is a nip in the air every morning, evenings, too, are quite chill. But, while most people have pulled out their jackets and sweaters to enjoy the cool climes and organise outdoor barbecue parties, many others are going a bit further and camping at the highest point in Oman – Jebel Shams – where sub-zero temperatures are the order of the day.

According to weather forecasts, Jebel Shams has been experiencing temperatures ranging between 7º C to -5º C over the past week and similar temperatures are expected to continue at least for a week ahead. Hence, if you want to experience a bit of ‘snow’ in Oman, this highest peak in Oman and across the Arabian Gulf is your destination to chill.

There have been mild snowfalls in Jebel Shams every winter, over the past few years, and this year is no exception. And while many love to call it ‘snow’, there are others who dismiss it as just a sheet of frost that covers the peak and the shrubs there every morning. It is also common to find vehicles parked in the open covered with a thick layer of white frost every morning until the sun rises to play spoilsport.

Also known as the Mountain of the Sun, Jebel Shams is located in the Western Hajar mountain range, roughly 240km from Muscat. The mountain is one of the most popular destinations for tourists in the region, best known for breathtaking views of Wadi Ghul and Al Nakhr Canyon, often referred to as the Grand Canyon of Arabia.

There are many organised treks to the summits with accompanying guides all year round. Though challenging, these are quite rewarding experiences for those looking to reach the peak on foot, covering around 8.5km to the top. It is, however, recommended for those in good health and with some hiking experience.

There are also five-hour long balcony walks, also known as ‘donkey treks’ , which date back to 300 years, providing breathtaking views of Wadi Ghul and Al Nakhr Canyon. The most famous and easiest walk is the Rim Walk to the abandoned village of As Sab, which was once home to about 15 families on the side of the cliff.

If you do not like trekking, the drive to the top, where one can camp or stay in a resort, is tedious but not quite challenging as such. The final stretch, however, has winding turns and is rough and rugged which needs careful driving.