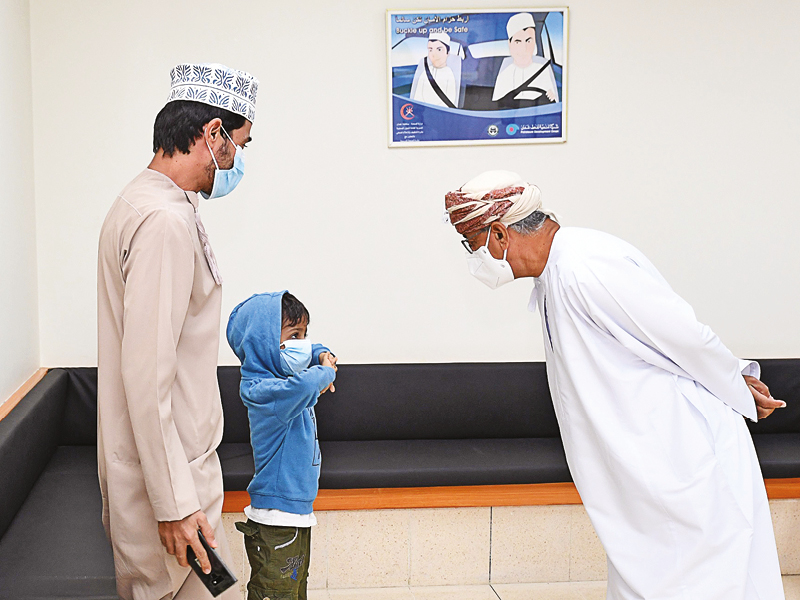 The COVID-19 pandemic claimed the 1,500th patient’s life in Oman last weekend even as the sultanate continued a vaccination drive for target groups. As many as 7,600 people in the sultanate had been vaccinated till Sunday with no side effects registered, other than expected symptoms.

The Ministry of Health (MoH) on Sunday announced that the total number of deaths had reached 1,501 following two patients succumbing to the virus in the last three days. There were 537 new infections in this period, taking the total to 129,404.

As of Wednesday, a total of 77 COVID-19 patients were admitted in health institutions, including 31 in ICUs. ‘There were 376 COVID-19 patients who recovered in the last three days, taking the total number of recoveries to 122,266,’ an MoH statement said, adding that the rate of recovery is now 94.5 per cent.

H E Dr Ahmed bin Mohammed al Sa’eedi, Minister of Health, said on Sunday that the Pfizer-BioNTech vaccine being administered in Oman is safe and effective. “We are very glad to see the citizens and residents taking the vaccine. Around 7,600 people have been vaccinated in Oman till today,” he said, urging target groups to get vaccinated.

The sultanate started the national campaign for immunisation against COVID-19 for target groups last week. Experts and those who have been affected say the vaccine is safe and advise staying away from rumours.

“No side effects have been seen other than the expected symptoms from vaccines, such as headache, body ache, mild fever and skin rash in some cases. We call upon all to not pay attention to rumors,” H E Sa’eedi said.

He said that vaccination campaigns in Oman are well-documented and the sultanate was described in 2016 as the first among 127 countries in administering vaccines. “We use vaccines only after reviewing the studies and clinical trials, and registration of vaccines and medicines in the country of origin and its use,” he said.

Reiterating the safety of the vaccine, recipient Majid al Suleimany, 72, said, “I took the Pfizer vaccine against COVID-19 at Bausher Specialised Polyclinic. I did not feel a thing. It was easy and done quickly. I have got an appointment for the second dose in three weeks time. I experienced zero side effects. The injection was literally painless.”

Suleimany informed that he stayed at the polyclinic 30 minutes after the injection for observation. “I hope this will allay people’s fears about the vaccine. Just go for it. All the conspiracy theories about the vaccine make no sense. They give you a card certifying you have been vaccinated which you may need in future for traveling,” he added.

Responding to a query on the jab being made a travel requirement, the MoH stated, ‘It would depend on each country’s policies and on the availability of the vaccine in quantities that allow it to be used as an additional requirement or as an alternative to PCR test and isolation.’

Dr Hanan bint Abdullah al Mahrooqi, head of Bausher Specialised Polyclinic, described the turnout for vaccination as ‘great’, and the process going on ‘smoothly and safely’.

“The vaccination centres have been chosen carefully to facilitate the safe transportation of the vaccine. In Muscat, 1,458 people have been vaccinated,” she said.