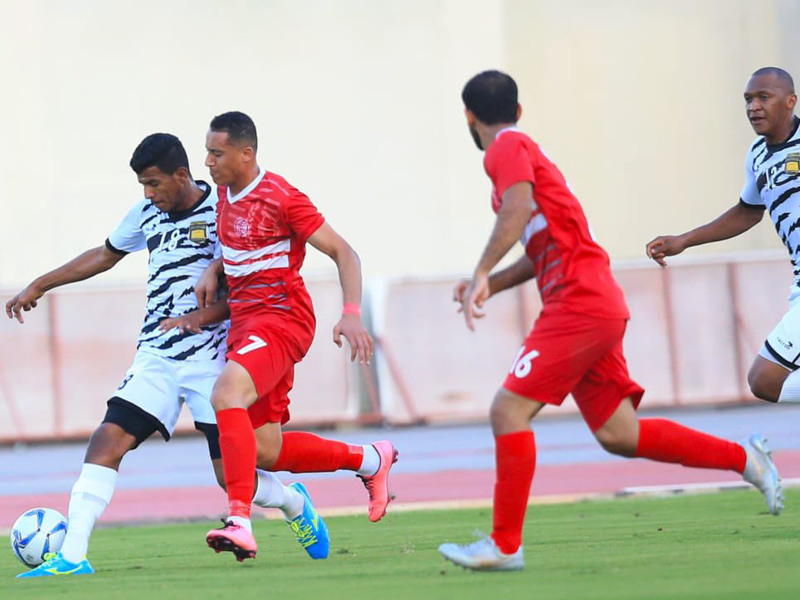 Last season’s runner-up and four-time champions Al Arouba and three-time winners Al Suwaiq recorded contrasting victories to advance to the last-16 stage of the 2020-21 His Majesty’s Cup Football Championship over the weekend.

The 2020-21 HM’s Cup round-of-32 began on Friday and Arouba began the new year on a winning note as they defeated hosts Salalah 2-0 at the Saada Sports Complex in Salalah.

However, a day later, Suwaiq survived a big scare against unfancied Al Bashayer at the Nizwa Sports Complex.  Bashayer held Suwaiq to a 3-3 draw in regulation time and even extra-time failed to break the stalemate, forcing a penalty shootout. The former champions got the better of their gritty rivals in the shootout with a 2-1 win, thanks to the heroics of  their goalkeeper Mazin al Kasbi.

Also on Saturday, Oman came up  a 2-1 winner against Jalan to advance to last-16 along with Al Rustaq, who beat Masirah 3-1. Also making their way into the last-16 was Al Mussanah, who edged past Al Shabab 1-0 at the Rustaq Sports Complex.

Al Ittihad emerged as the biggest winner of the first round over two days, recording a 5-2 win over Al Ittifaq, at the Saada Sports Complex. Sohar was up against Al Khabourah in an all-Batinah clash later on Saturday.

Earlier on Friday, Ibri, Samail and Saham booked their spots in the last-16 stage.

While Ibri trounced Mirbat 4-0, Samail eked out a shock 2-1 win over former winners Muscat and Saham edged past Al Mudhaibi in a penalty shootout, winning 4-2 after both the teams were locked in a 1-1 stalemate.

The remaining fixtures of the round-of-32 will be completed on Sunday with Omantel League champions Seeb hosting Al Talee’a and Ahli-Sidab taking on Al Nahda. In other games on Sunday, Sohar meet Bahla in Sur, Majees take on Nizwa at Sohar Sports Complex and Al Nasr plays Bausher at home.

Defending champions and nine-time winners Dhofar received a bye into the last-16 stage following the pullout of Fanja from the tournament, leaving only 31 teams in fray. Fanja and Dhofar jointly hold the record of maximum nine HM’s Cup titles each.