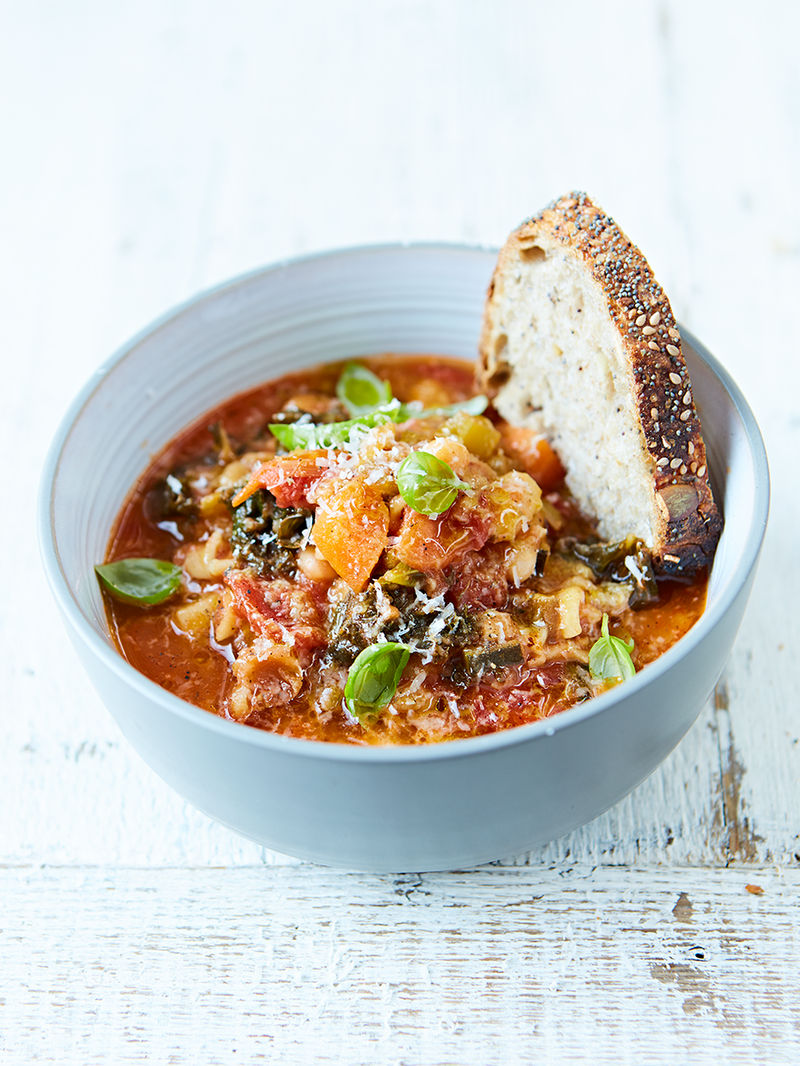 During winter, some have a robust appetite, others prefer to just keep themselves warm with food that makes them feel comfortable. And soups score high on this count. Here are four great soup recipes, of celebrity British chef Jamie Oliver, very easy to try at home.

½ a bunch of fresh basil, optional

Peel and finely chop the garlic and onion. Trim and roughly chop the carrots, celery and courgette, then add the vegetables to a large bowl. Cut the ends off the leek, quarter it lengthways, wash it under running water, then cut into 1cm slices. Add to the bowl. Scrub and dice the potato. Drain the cannellini beans, then set aside.

Heat 2tsp of oil in a large saucepan over a medium heat. Add the garlic, onion, carrots, celery, courgette, leek, oregano and bay and cook slowly for about 15 minutes, or until the vegetables have softened, stirring occasionally. Add the potato, cannellini beans and plum tomatoes, then pour in the vegetable stock. Stir well, breaking up the tomatoes with the back of a spoon. Cover with a lid and bring everything slowly to the boil, then simmer for about 30 minutes, or until the potato is cooked through.

Meanwhile, remove and discard any tough stalks bits from the greens, then roughly chop. Using a rolling pin, bash the pasta into pieces while it’s still in the packet or wrap in a clean tea towel. To check the potato is cooked, pierce a chunk of it with a sharp knife – if it pierces easily, it’s done. Add the greens and pasta to the pan, and cook for a further 10 minutes, or until the pasta is al dente. Add a splash more stock or water to loosen, if needed. Pick over the basil leaves (if using) and stir through.

Season to taste with sea salt and black pepper, then serve with a grating of Parmesan and a slice of wholemeal bread. You may also garnish with fried shreds of any favourite meat.

A few sprigs of fresh herbs, such as chives, mint

Deseed and roughly chop the pumpkin, peel and chop the shallots, then peel and finely grate the ginger. Pick and finely chop the herbs. Place the pumpkin, shallots, ginger and some oil in a large saucepan and sauté until soft. Add the stock, coconut milk and chilli powder. Season, then bring to the boil and simmer for 40 minutes. Blitz in a food processor then serve with the fresh herbs, lime juice and a splash of coconut milk.

Pour the stock into a large pan, add the bay leaves and bring to the boil. Add the tortellini and cook for 4 minutes. Add the peas, cook for a further 3 minutes, then add the spinach and cook until just wilted. Ladle into bowls and serve with some crusty bread, if you like.

½ a bunch of fresh coriander

Preheat the oven to 180ºC. Peel and cut the sweet potatoes into 2cm chunks, then peel and cut the onions into 2cm-thick wedges. Place in a roasting tray in an even layer and sprinkle over the cumin seeds, ground coriander and a pinch of sea salt and black pepper. Drizzle with oil, then toss to coat. Pop in the oven for 40 to 45 minutes, or until cooked and golden. Peel and finely slice the garlic, then finely slice the chilli. Pick the coriander leaves and set aside, then finely slice the stalks. Place a large saucepan over a medium-low heat and pour in a lug of oil. Saute the garlic, chilli and coriander stalks for a minute, until lightly golden. Add the red lentils to the pan. Stir to coat, then pour in the hot stock and coconut milk. Turn up the heat, gently bring it to the boil, then let it come to a simmer. Cook the lentils for 20 minutes, or until they are completely broken down.

When the veggies are ready, remove from the oven and carefully spoon into the pan. Add most of the coriander leaves, then blitz the soup with a stick blender until it’s creamy but still has a little texture. Squeeze in some lemon juice to taste and adjust the seasoning if needed. Serve the hot soup topped with the remaining coriander leaves and toasted coconut shavings. 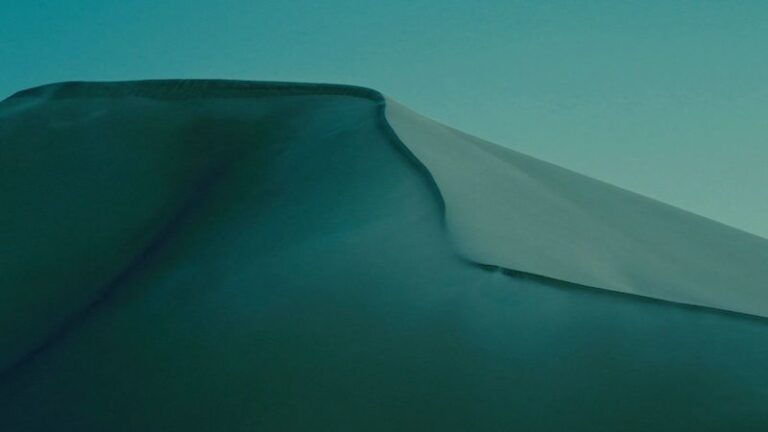