The future’s in the past 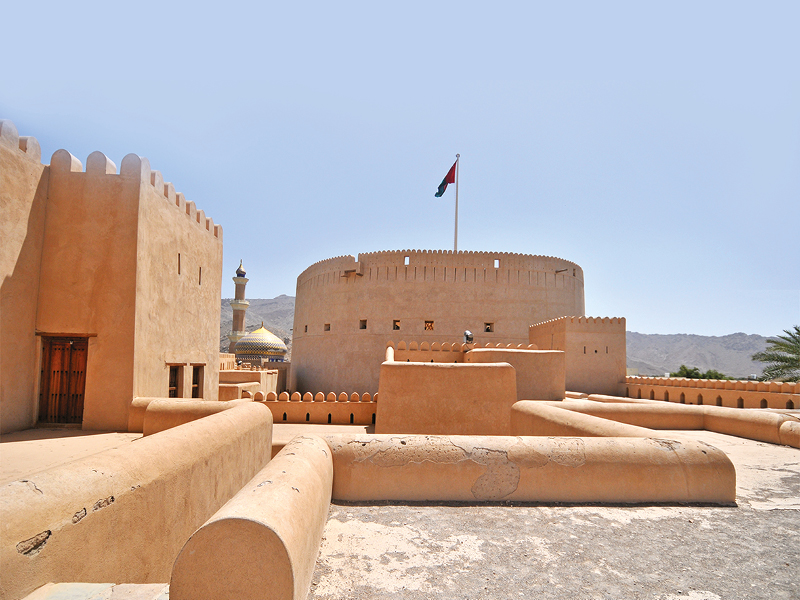 The Historical Association of Oman has received a shot in the arm following the appointment of Sayyid Nooh bin Mohammed al Busaidi, member of State Council, as its new chairman. The announcement in November came via a ministerial decision with Royal consent.

Established in 1972 under the patronage of the Late His Majesty Sultan Qaboos bin Said, the association is a platform that brings together citizens and expats engaged in gathering, collecting, studying and disseminating information on Omani civilisation and culture.

Noting the circumstances under which the association started, Sayyid Busaidi said the late Sultan had several priorities in those early days of the Omani Renaissance. “There were numerous issues to be dealt with urgency and simultaneously. There was unrest in the country, too. So why would His Majesty Sultan Qaboos think of a historical association in that situation?”

Sayyid Busaidi believes the late Sultan was keen to send a clear message since the very beginning to citizens and “our guests of other nationalities” that the sultanate’s history would be at the core of the Omani Renaissance. “He wanted Omani history as the pillar of the new renaissance. It is important to the new world.”

While open to all with no limit on numbers, in the early 70s and 80s there were more expat members “probably because of fewer activities available. They visited archeological sites, forts and castles, and toured wadis. This was before the days of package tourism”.

Sayyid Busaidi emphasised that the association is inclusive rather than exclusive. “It’s not like a gentlemen’s club. It’s for those interested in historical tourism, not just history and heritage. That is why the association is under the auspices of the Ministry of Heritage and Tourism which approves its board of nine directors. So there is an official link.”

Besides visits to historical sites, the association publishes studies, leaflets and books in English and Arabic on subjects such as Omani cave inscriptions, architecture and artefacts. “The association has the function of raising awareness of Omani history; we have to crystalise the idea that Oman is the meeting point for the Indian Ocean nations. We are at the crossroads between the subcontinent, the Arab world and Africa.”

Defining Omani history is an extension of Indian, Persian, African, European and even Far Eastern histories, Sayyid Busaidi is keen that the sultanate’s pioneering role in establishing contact with other lands and peoples not be forgotten. Being the first Arab nation to establish contact with China, the Malabar and the Gujarat coasts, and to have an ambassador in the USA, history has always given Omanis a sense of pride, he noted.

“So the Historical Association has this undeclared task of promoting integration of cultural diversity and respect for others. This was a strong belief of Sultan Qaboos and is key to His Majesty Sultan Haitham bin Tarik’s vision – to maintain Oman’s image of being multi-cultural, multi-ethnic and welcoming to everybody,” he said.

Considering the turmoil not just in the Middle East but the whole world as a result of fundamentalism, Sayyid Busaidi believes there is urgent need of an association like the Historical Association that promotes human co-existence, tolerance and the message of peace.

“Compare Oman with the other countries in the region. See the devastation and the havoc in so many places arising from extremism and the rejection of the other. Let us appreciate what we have.”

Asked why he was chosen for the job, he said, “They don’t tell you why, but it’s a big honour.” Having retired from service to his country in 2018 following stints in Germany and Malaysia, among other places, and travelled widely, Sayyid Busaidi believes his appointment to the role may have something to do with the fact that he’s a firm believer in multiculturalism and tolerance.

“I promote the idea of peace and co-existence in my articles in Arabic language publications and have some idea about Omani history. But it is a different interpretation of history. I am not enthusiastic about the warring history. We should not only highlight the cannon, conflicts, conquering armies… I believe history is a flowing river of culture that we sip from to receive cultural nourishment.”

Describing himself an internationalist and a humanist, he said, “God created us different so that we can enjoy each other. The differences create flavour. God gave us gastronomic condiments, and he also gave us cultural spices.”

Calling on both Omanis and expats to join the arguably oldest association in the country, he said it has a ‘flavour’ for everyone.