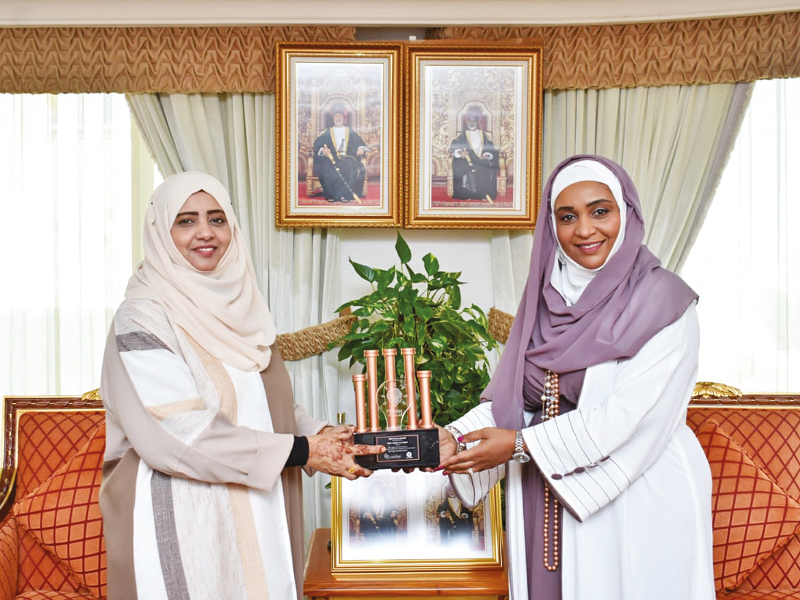 An Omani woman entrepreneur has raised the sultanate’s flag on an international stage. Farah Zahir al Kindy won the third place in Mewiin – Kuwait. The Middle East Women Inventors and Innovators Network held in Kuwait helps woman progress in the fie-lds of technology and economy.

The award was received by the Minister of Social Development on Monday.

GlobalWIIN, formally known as GWIIN, is an independent not-for-profit organisation dedicated to assisting and advancing women inventors and innovators so that they can succeed in the global marketplace.

Speaking to Muscat Daily, Farah informed that her factory in the wilayat of Musannah was started in 2018. Eighty women from several wilayats trained in cutting and packaging before joining the factory.

The Ministry of Agriculture, Fisheries and Water Resources and Industrial Innovation Centre have supported Farah by sending experts to visit and advise on Bahr al Massarah’s production operations.

“The company aims to develop local fish products and raise their nutritional value. It conducts various training programmes for women to work in fishery industries and also helps them set up small projects to improve their economic status,” Farah said.

Recalling the early days of the company, she said marketing the new brand was difficult. “Over time, our products began to be accepted and bought.”

Farah is hopeful of making Bahr al Massarah products popular all over the sultanate, besides expanding production operations to other wilayats. She also has plans to export to create a brand known internationally.