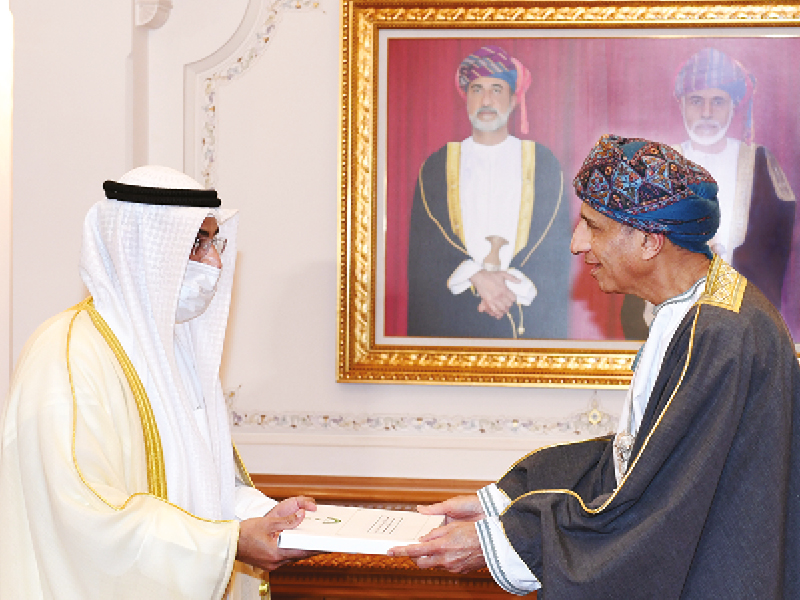 The Secretary General delivered a formal invitation to His Majesty Sultan Haitham bin Tarik from the Custodian of the Two Holy Mosques, King Salman bin Abdulaziz al Saud of the Kingdom of Saudi Arabia, to attend the 41st GCC Summit being held in Saudi Arabia on January 5, 2021.

Sayyid Fahd and Hajraf reviewed the topics of the GCC summit’s agenda, as well as ways to foster GCC cooperation and realise the aspirations of the region’s peoples.

The meeting was attended by Sayyid Badr Hamad al Busaidi, Foreign Minister, and the delegation accompanying the GCC Secretary General.

Hajraf said, “I would like to thank Sayyid Fahd for his hospitality as we recalled the major milestones of the past four decades and the role of the late Sultan Qaboos bin Said in establishing the GCC and his pivotal role in its sustainability.”

The 41st Summit marks the beginning of a new chapter for the GCC as it enters its fifth decade with economic integration and cooperation being a key objective since the council’s formation in 1981, a media release from GCC Secretariat General stated.

‘Beginning in 1983, member states gradually began implementing unified GCC policies to facilitate intra-GCC businesses, such as tariff waivers for intra-GCC trade, and culminated in the creation of a GCC Customs Union in 2003 and the introduction of a unified customs tariff on inter-GCC imports. These two landmark policies set the foundation for the establishment of the GCC Common Market in January 2008, and for the introduction of policies that granted Gulf citizens equal treatment across member states in business licensing and business activities.’

The GCC is one of the biggest economic blocs with a GDP of US$1.6tn and exports amounting to US$609.5bn, making it the sixth-largest exporter in the world. In its fifth decade, the GCC countries will focus on restoring economic growth in the region after the COVID-19 pandemic, overcoming its challenges, and resuming free trade negotiations and strategic partnerships with friendly countries. The council will also seek to enhance its competitiveness at the global stage by adopting modern methods and harnessing them to form new horizons of desired cooperation.