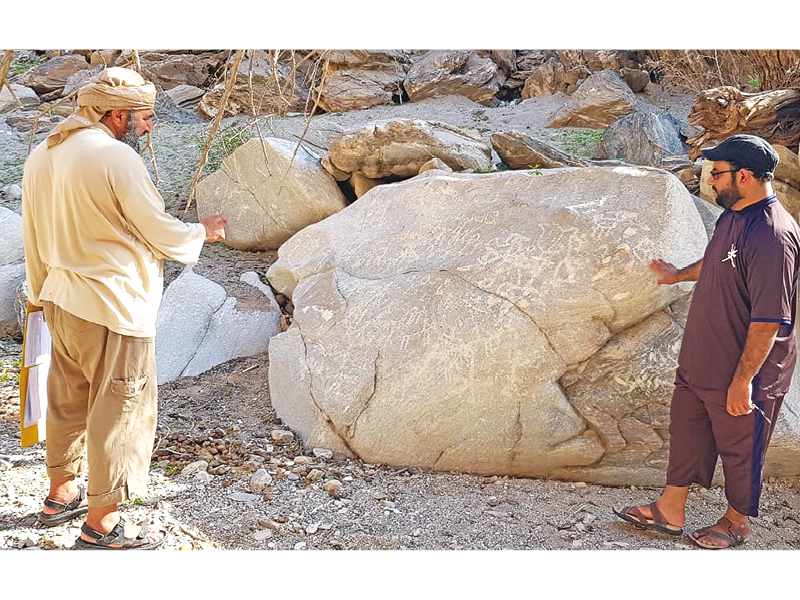 The ‘Linguistic Heritage’ project, a landmark project aimed at recording, preserving and classifying oral linguistic material, as well as collecting archaeological linguistic writings on gravestones, rock walls and ancient inscriptions, is progressing well, according to the authorities involved in the programme.

It is considered one of the important projects in the Omani Cultural Heritage Strategic Research Programme of the Ministry of Higher Education, Research and Innovation, being carried out in collaboration with the Ministry of Culture, Sports, and Youth. The linguistic phenomenon in Oman, with its richness and diversity, is an essential part of the culture and heritage of the country, as seen in its proverbs, poems, coined expressions and other ancient linguistic materials.

The project aims to record, transcribe and preserve linguistic texts before they disappear. It also seeks to support and encourage researchers interested in this type of studies and provide them with appropriate directions, in addition to enriching and revitalising language studies in the sultanate.

Inventorying and documenting inscriptions, drawings and archaeological writings on rock walls, tombstones and building walls in the wilayat of Amerat

Dr Saif bin Yousef al Aghbari, head of the research project team, stated that the idea of the project started by searching for the beginnings of writing in  Omani civilisation, which began with rock drawings, then evolved into inscriptions and symbols, and then into the current Arabic writing, and counting these discoveries, collecting and documenting them in accordance to the scientific classifications used in such studies.

“Its importance is evident in its historical value in terms of identifying the historical depth and the civilisational and cultural connotations of this region of Oman, as it reflects many aspects of the political, religious, economic, social and environmental life that the region lived through the different time periods,” he said.

The project specifically focused on covering inscriptions, drawings and archaeological writings that are found in many sites in Amerat, such as Wadi al Meh, Wadi Adai, Wadi Sarin and other valleys due to the lack of documentation and research in these areas. Dr Aghbari maintained that the project is expected to achieve a set of results, such as providing the geographic and astronomical identification of sites that include archaeological drawings on rock walls in Amerat as well as providing their descriptive data and documenting them.

Documentary research of the Kumzari language spoken vernacularly in the sultanate

Dr Dola al Gady, head of the research project team, explained that this project is considered the first study that takes a scientific approach to archiving and documenting the Kumzari language by a team consisting of academic researchers specialising in linguistic studies, in addition to involving individuals from the same language community and speakers of both Kumzari and Arabic languages.

The project idea is to document the Kumzari language spoken in Oman in the form of an electronic archive that includes various referred language materials (text, audio and visual) in order to make them available to the community, specialists and researchers for research purposes and to learn about this language and the culture behind it.

The importance of this research project also stems from the fact that it contributes to preserving knowledge related to spoken languages that can disappear in the sultanate, and are considered an invaluable intangible cultural heritage in Oman.

“The research will reflect the richness of Omani culture and enhance scientific diversity in the fields of Omani language and literature. It will also encourage specialists to document and publish stories and various forms of oral literature and children’s stories, which will ensure the continuity of these languages for future generations and the preservation of the cultural and literary diversity in the sultanate,” she said.

Dr Dola added that this research project will produce a specific dictionary that includes at least 4,000 terms written in both English and Arabic. The vocabulary will be classified according to topics related to the geographical location, life and cultural aspects of Kumzari speakers.

Agricultural terms in the dialect of the people of Rustaq: A lexical study

He elaborated that the civilisational, urban and technological developments of recent times have contributed in the disappearance of traditional terms and idioms in agriculture. The project, therefore, seeks to trace these expressions and to frame them in a specific dictionary that deals with agricultual expressions in all their aspects in order to preserve them from being lost.

The Linguistic Heritage project stems from its importance in contributing to the preservation of the Omani linguistic heritage related to dialects, spoken colloquial languages and ancient writings. It also seeks to provide recorded and classified linguistic materials on them in order to preserve the archaeological linguistic writings from extinction, and contribute to the promotion of linguistic and dialectal studies, and to open the horizons for investing the linguistic heritage related to dialects and linguistic varieties in the sultanate in sustainable development and in strengthening the economy.